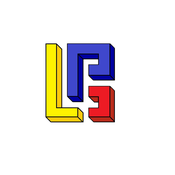 I am sure many enjoyed the Lego Star Wars Death Star set which is no longer sold. Recently the Star Wars Episode 7 movie was released featuring a new powerful space station. This inspired me to build a Lego Starkiller Base with the shape similar to the Death Star Lego set. The base has many sections of which some are scenes from the movie. It measures 14 inches high and 14 inches wide. Roughly 2,000-3,000 pieces.

On the top section, there is a scene with Kylo Ren fighting Rey, the podium where General Hux gives his speech to the First Order Army, an anti air/space craft laser cannon and an entrance into the base. Below the top section, there are four rooms; the bridge near the power generators where Han Solo confronts Kylo Ren, a section where Rey hides from storm-troopers, the room where Kylo Ren tortures Poe Dameron and Rey, and a control center. The middle of the base has the main cannon. The lowest layer of the base also has four rooms; medical bay, hangar, storm-troopers' resting area, and a mechanical room.

Hopefully you like this and help me gain support for this design. If you want to see this in more detail, you can find a video of this on YouTube just by typing in the name.

Thank you for taking a look at my design,