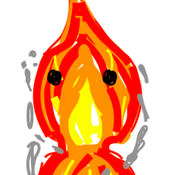 Greenhouse on Mars is a model of a greenhouse adapted specifically for extended life on Mars. It includes a main area for the plants with a walkway, a control room, and an air lock. There are two parts that can be opened, on the back of the main area and the outside of the control room. On the exterior, there is a plant-transportation rover with a robot arm, as well as a small boulder. There are blue solar panels on top for energy, and various switches, controls, and antennas on top of the control room and airlock. There are two minifigures included in the set, a scientist with a magnifying glass and an astronaut with a walkie-talkie.

I've always loved science, especially astronomy. I realized that someday, humans will colonize Mars, or at least stay for a long period of time. Yet, there have been none (or few) LEGO sets focused on the colonization of Mars. So, being an avid lego fan, I decided to create a plant-house on Mars!

I built the model mostly based on inspiration and what I thought future generations might create. For example, the balloon-shaped dome on top of the Control Room is meant for storage of certain gases or liquids needed for ideal plant growth, although it can be for whatever you choose! Also, the robot arm is for removing obstacles from the rover's path, although it is a multipurpose tool.

However, there are some details that I included for a more definite purpose. For instance, I added different skin tones and genders to represent a future where people from all ethnicities and of all genders can be treated equally as a scientific group. Also, the plants include carrots, potatoes, lettuce, and kale, all of which have been found to have a potential to thrive in Martian conditions.

Why support this project?

I believe this would be a fantastic set, both for display and the play experience. Many parts of the set such as the control room can be used for multiple purposes, and each section combines to create a perfect story. Plus, it is easily compatible with other space-themed sets for further enjoyment! For those who like to display their sets, the Greenhouse of Mars would look spectacular along with a space shuttle or a rocket. This would be an awesome gift for everyone who loves science or science-fiction! So why not click that support button?