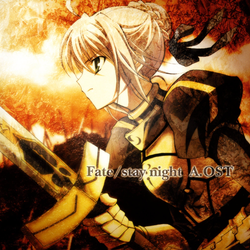 Furno
1
The Space Fortress is a space base built by the Lunar Warriors, a team of Space soldiers who defend Earth and the rest of the Universe from Evil Aliens, opposing Space Teams lead by villains, and villainous robots! This base was built on Caltrox 5. The base includes an elevator (clear cylinder in front, still indevelopement sorry), 2 heavy cannons to defend the base (on the two balconies accessable from secure doors on the sides of the base), 6 defence turrents on the roof, giant F on the roof represented that the base it run by Flare Squad, the highest ranking squad in the Lunar Warriors team. Includes Flare Squad consisting of 3 troopers (2 man the cannons and the other is the General) and the Alien invaders with their Galactic Glider.

Heres the story of the Space Fortress and the Lunar Warriors:

Earth has been overrun by Evil Aliens many times before. Because of this, a large team of space fighters was created by a man named Wulfur Pyraz to defend Earth from any future attacks. The team was called Lunar Warriors. The team created bases and outposts all over meteors, planets, and moons in the Universe. Their main base is the Space Fortress on Caltrox 5 (a small planet) The Lunar Warriors divide their group into Squads. The first and strongest squad is Flare Squad, who do most of the offensive attacks on the alien forces and defend the Space Fortress. The Flare Squad is lead by Wulfur Pyraz with his 2 other troops (Team only consists of 3 like most Squads). Upon the creation of the Lunar Warriors, another team was created by Vazek shadoblade to rival the Lunar Warriors. He named the team Red Star. Red Star has given the Lunar Warriors many troubles. Red Star does not work with the Aliens but they are not with Lunar Warriors. 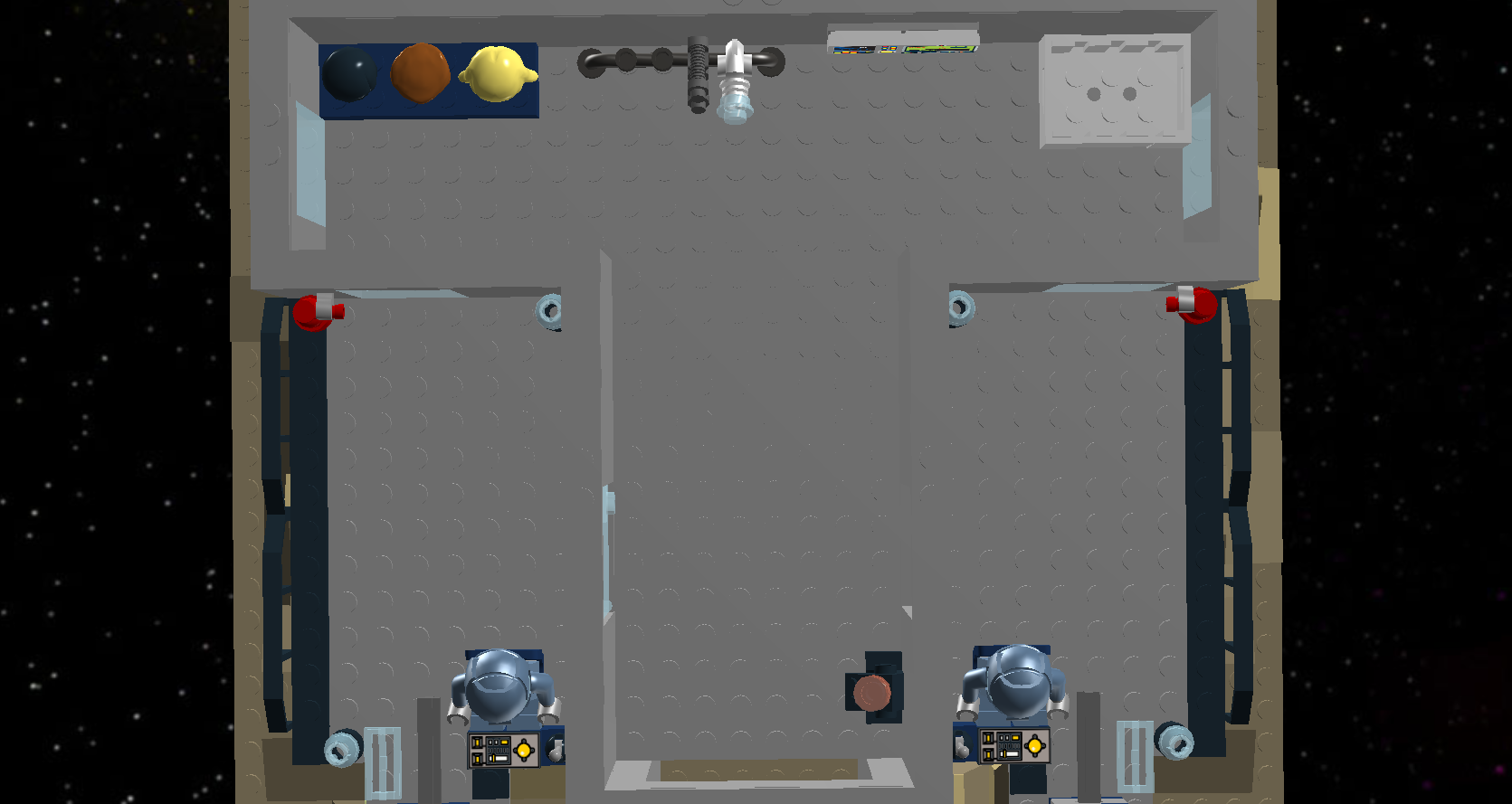 Heres the Top view of the Space Fortess without the roof. The left side has a table with 3 hairpieces on it. The table can hold the Squad's helmets as well, allowing you to switch out the minifigures from with or without helmets (Because I hate when I have my space soldiers in other Lego themes relaxing in the base with their helmets off, and their bald and/or with a face on the back of their head too XD) Next to the table is a rack with 2 lasers on it. The rack is made to hold the lasers and tools the team is not currently using (Just enough to hold all the teams included lasers at once, the General is using them in this picture which is why they are not on the rack). On the wall next to that, (sorry its not easy to see) are 2 computer screens indicating incomings Aliens/Red Star troops attacks. Lastly is the Metal crate. The crate holds the teams close combat tools (Not in picture sorry). At the bottom of the T shape is a button that is intended to (imaginatively) work the elavator. on the sides of the T from the l part are 2 doors leading to the balcony (imaginatively) security locked. 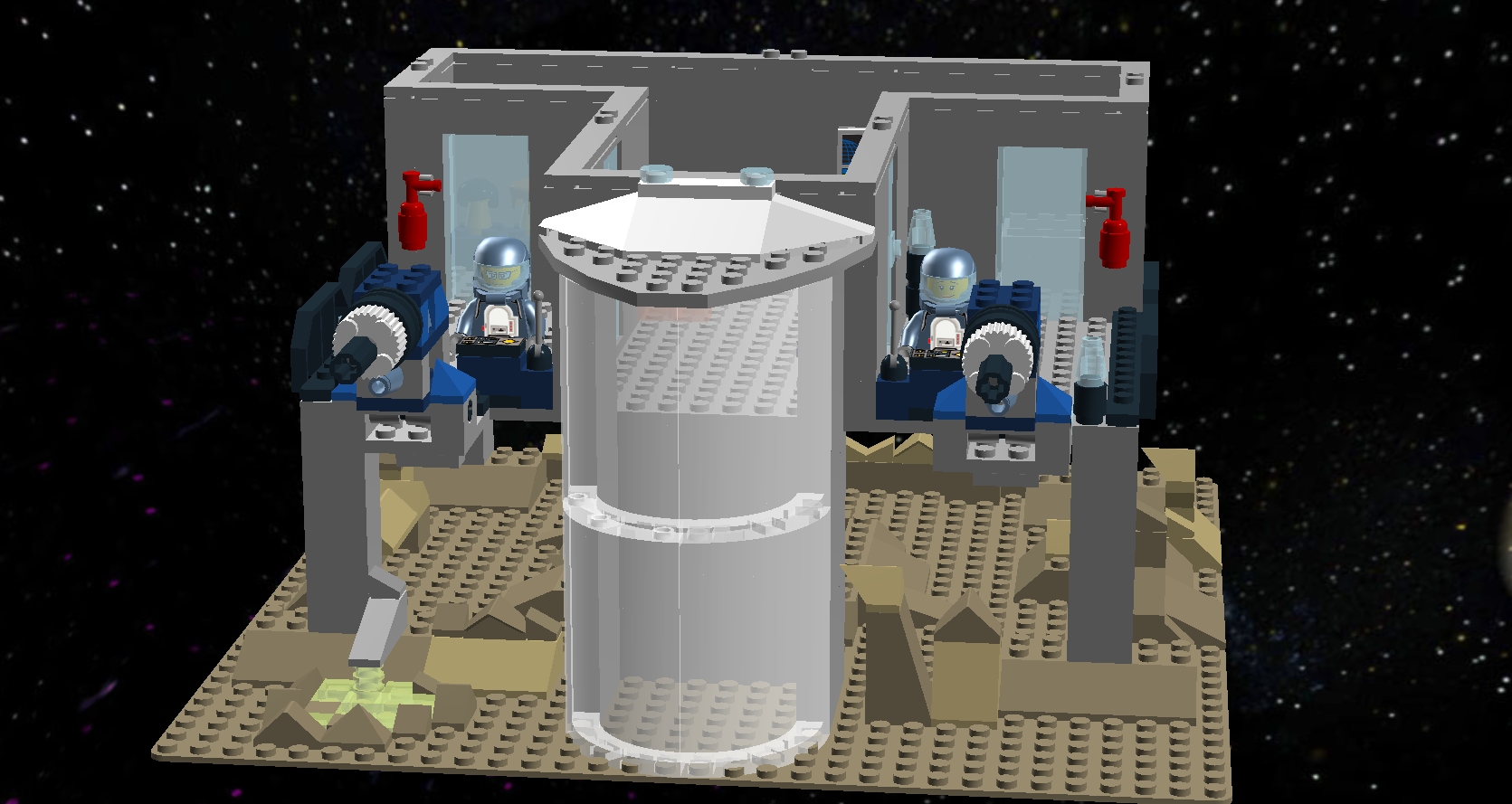 This is the Front view. I detailed the ground of the planet with jagged rocks and rubble around the base bottom and pillars holding the base up off the ground. On the front left pillar, you see a small pipe with some leaking energy (Uh oh better get on that Lunar Warriors! ;) ) This also gives you a closer view of the balconies with the cannons as well as 2 fire extinguishers (Can never be too safe!). 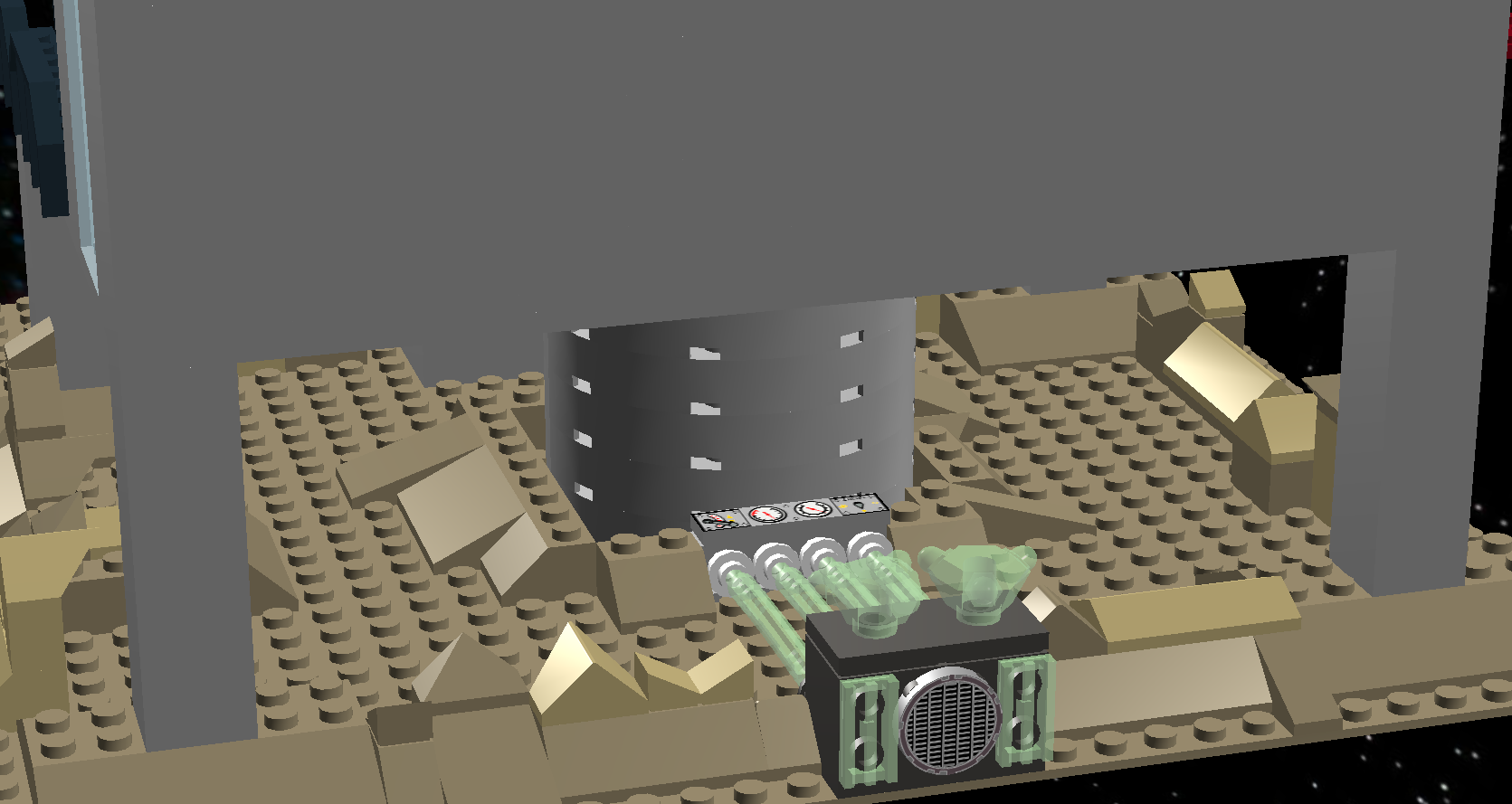 Heres a back view of the Fortress. The base has in the middle a large pipe drilled deep into the planet to get the natural "Glyck." Glyck is a fluid located at the center of Caltrox 5 that fuels the enitre base. The Glyck comes up the pipe and goes through those 4 tubes where it is filtered of any unwanted residue and then sent back up the pipe into the base to power it (My favorite part of the base :D ). 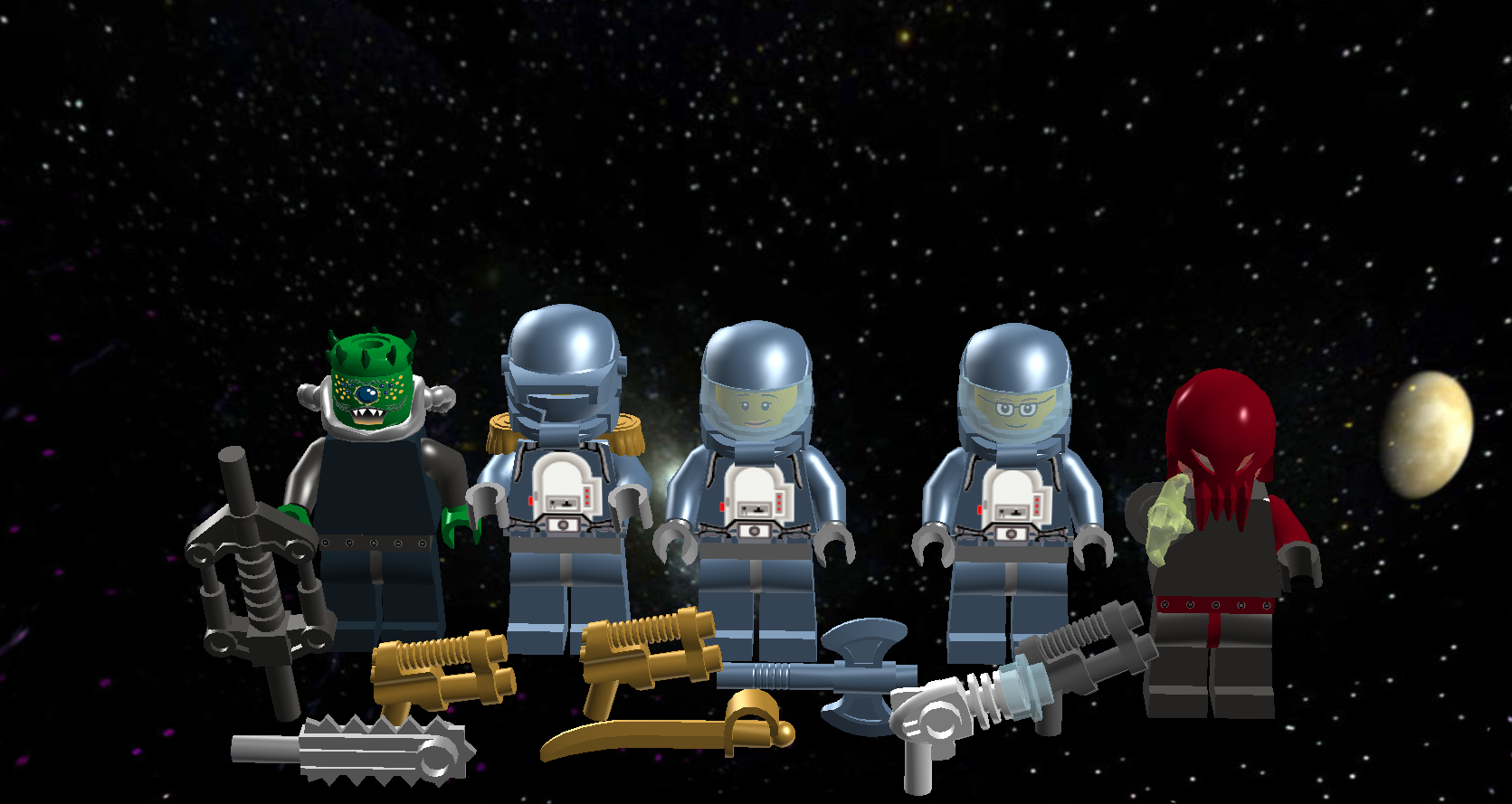