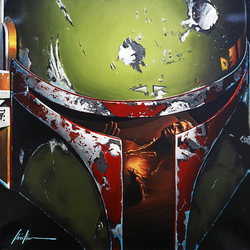 A sentinel, also referred to as a "squiddy" by the Human Resistance, is an autonomous machine that serves the Matrix in reality. In series they are typically seen patroling the ancient sewers and passageways of the dead human cities of old in search of human-controlled hovercraft or wandering humans, but the lack of dedicated military weapons could also mean that they spend most of the time maintaining the Matrix structures.