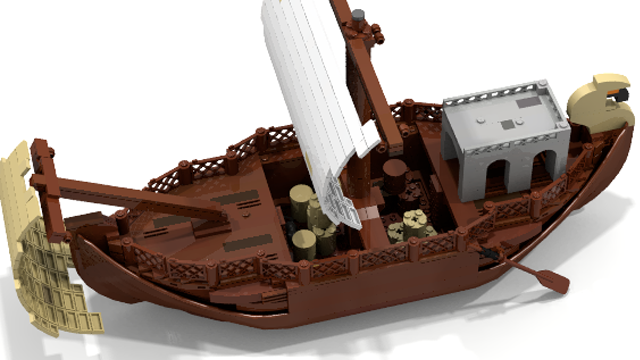 Merchant ships reached their apogee during the Imperial period. Ocassional representations of merchant galleys show that they were much more robust versions of military vessels. They would have advantages of speed and manoeuvrability in calm conditions or in entering ports. 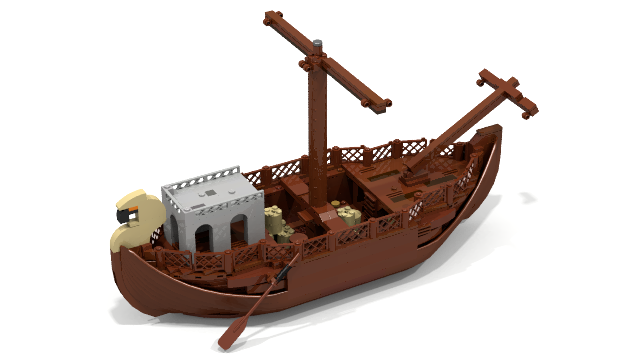 Notes:
- The two sails dosn't connects to the mast, they are only replacement of the original sail elements (missing from LDD).
- Lack of ropes (LDD issue) 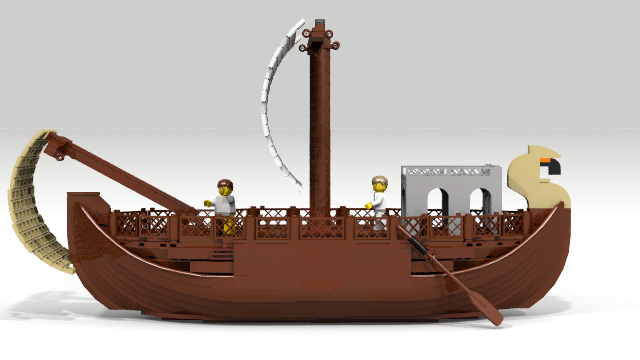 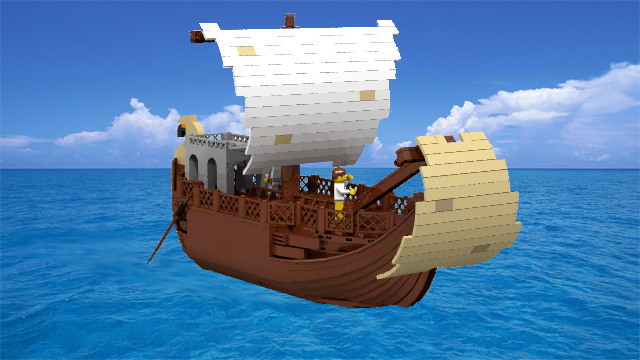