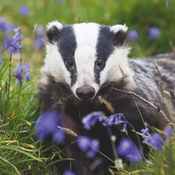 By Badger99
20 comments
Design
This design of this project is an antique styled gramophone or phonograph. It is designed to look like an elegant vintage gramophone that would of been seen during the 19th and early 20th century and is still a recognisable design today as in in the HMV logo.
The two records included are able to be placed on a turntable allowing them to rotate like a real record would. (Motorisation options are explained in Possible Additions).
The Lego records could be swapped out for real 7-10inch records. This would likely require slight alterations to the turntable.
The pick-up arm is on a hinge allowing it to pivot in and out over the record.
The set uses a few gold chrome pieces which could be swapped out with a different colour but the gold chrome I think really helps bring the set together.
Size
The scale of this gramophone/phonograph is approximately life sized for about 10inch records. Throughout history there has been a few different sizes of records varying between 7,10 and 12 inches. Making the build at approximately 10ich record scale means it will still fit into different peoples homes for display. I did not want to make the set too big as to where most people cannot accommodate it for display.
Possible Additions
The size of the model allows possible additions to made with relative ease. For example the base table/ box part of the set has enough space to add a motor and some gearing to make the record on top rotate. the base table/box also has enough room to fit a small speaker inside so with slight alterations this set could transform from being a decorative piece to almost looking and sounding like its a real music player. This combination of a small speaker and a motor to automatically rotate the record would defiantly make this a set to wow guests and could the centre piece of a little party.
Dimensions
In studs 48W x 58L x 47H
In cm 38.5W x 46L x 37.5H
The second record is not attached so can be moved around to any position the user wants. If placed as the images show then it will likely add about 5-10 studs or 4-8cm extra length or width.
Pieces
The set with both records contains 2107 pieces and with one record it contains 1916 pieces.
Building/Construction
The construction of this set has been designed so it is completely feasible to be made and work without alteration.
If you like this design and would like to see this idea progress then I suggest supporting so hopefully this set or a version of it could someday become a real set and could be displayed in many peoples homes.
Thank you for any support!