Lost Island of the Orcs 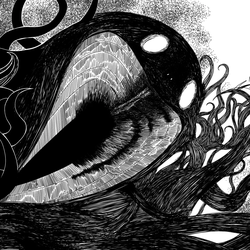 DanDelie
22
This is, again, part of the Fantasy Series. A lonely fortress in the middle of the sea. Guarded by powerful Orcs. I added some bone features all over the set to make it more wild. Also the water makes the ambiance better. The rock texture on the bricks comes from the back of a T-Rex. Clever isn’t it?

I built it when i came back from vacation in Europe. I saw the sea and i was astonished by the view. Then, my mind took the control and imagined orcs all over the beach, and this came out.

I often think, when I see a Lego set, that the landscaping is too small, which makes it lack some details that would have been amazing with that set. That’s why I specially innovated landscaping on this one. That simple fact makes me think that it could stand out from other sets.