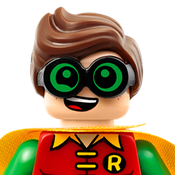 I created a Jules Verne set in the form of three books that represent three of his most known stories.

The blue book represents From earth to the moon. With this book, you have the moon, the stars, the cannon and the projectile in which the people are sent around the moon. And you find the character of Michel Ardan.

The green book represents Around the world in eighty days. On this book, there is the train from the London station and the clock that shows the time when Phileas Fogg leaves London to start his travel. And of course, you find the character of Phileas Fogg.

The red book represents Twenty thousand leagues under the sea. On this book, you can see the Nautilus taken in the middle of the giant squid's tentacles. And, there is Captain Nemo.

The set is completed with the character of Jules Verne himself.


I created this set to honor Jules Verne's work.

I think that it could be a good project for Lego because Jules Verne's stories are known all around the world. I am sure that a lot of people would like to be able to construct a Lego set that would remind them of these stories. And I think that Jules Verne could belong in the Lego universe because such as Lego, he created stories that helped people develop their creativity and imagination.