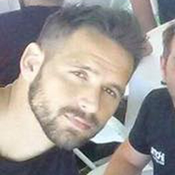 One of the scenes we most associate with Christmas are the streets of 19th century London on a snowy December day. The sound of carolers, smells the freshly baked goods and laughter of children playing filling the air. This concept is essentially a cross between the modular buildings and the holiday village sets with a Victorian era twist, and would look like something straight out of a Charles Dickens novel.

The design of buildings would have more muted colors than the modern modular sets in order to give them a vintage look. They'll also use a lot of brick and stone textures and even part a cobble stone road. Rather than just giving all the buildings white roofs and sitting them on a white ground to imply snow, I wanted the snow to look like it was actually sitting on top of the streets and buildings. Walk ways have been shoveled and roof snow has been partially melted off. This gives it a more natural look. On the streets there will be scenes of carolers, the hustle and bustle of holiday shoppers and children playing. The buildings would have store fronts such as a toy store, a bakery or a pub (all featured here). Inside the upper levels there will be  classic holiday scenes like: opeing presents, preparing holiday dinner, singing to the piano, etc...

This is a fairly large piece so it might have to simplified to be realistic as a single set. Perhaps removing one of the buildings, or reducing the number of floors.