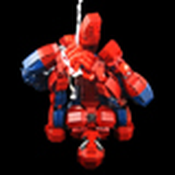 After completing my last two figures (Deadpool / Batman) I decided that my current human figure design was good, but still somewhat limiting, todays figures are more posable than ever, and I felt that my Lego Figures should follow the same evolution. This was only part of the impetous for the redesign, the other reason of course being the subject matter. Spider-Man needed to be extremley posable even more so than a typical human being, so a complete overhaul was needed. He also needed to be slimmer to match Spider-Man's lithe, athletic physique, while including additional joints. Quite a challenge.

-A mid-torso joint that allows him to bend his spine forward and back, it also rotates from left to right, like the waist joint.

-His elbows and knees are double jointed, which allows free range of movement and the ability to fully crouch his legs.

-The hips can now allow the legs up and over the wasteline allowing for those very spider-like poses.

-His ankles have a second pivot joint for extra steep ankle poses, as well of full range of motion in the main joint.

-His feet have an articulated toe piece to make those perching poses more natural.

-I got a lot of feedback about some of my more lackluster photos of Batman, so I purchased better photo eqipment, seems to have made a difference, Thanks for the tips!

I'M OPEN TO SUGGESTIONS FOR MY NEXT FIGURE, SOUND OFF IN THE COMMENTS!

Also A special Thank You to those of you who helped make my last figure so big I got on Gizmodo, Geek tyrant, Brother's Brick and many others.

Pleased to announce That I have partnered with GlenBricker on this and all of my other projects. Glen is a Cuusoo, marketing, and social media wiz, who will help me take these projects to the next Level! Please Join me in welcoming Glen to the project!
His Site 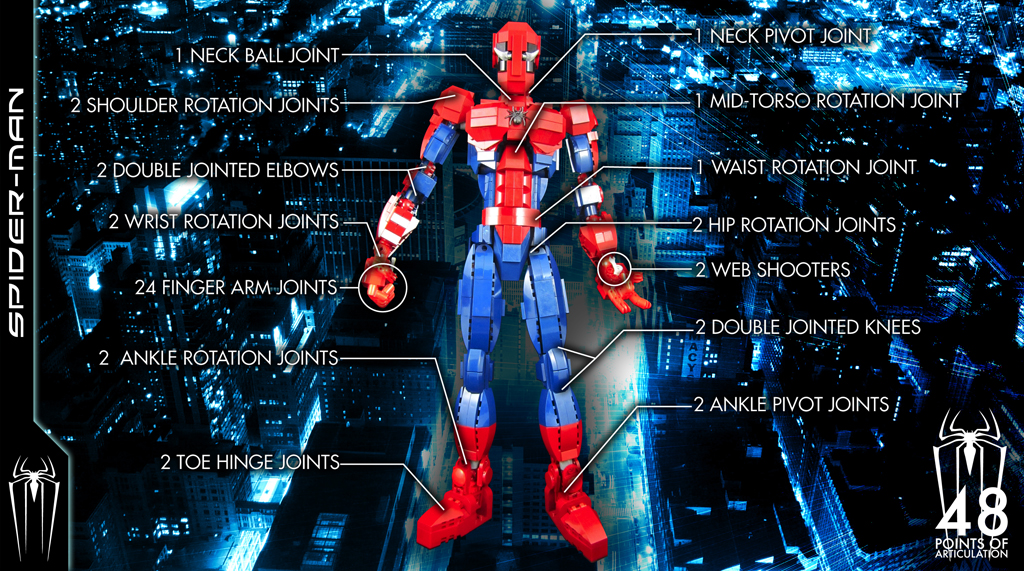 His Articulation in detail. 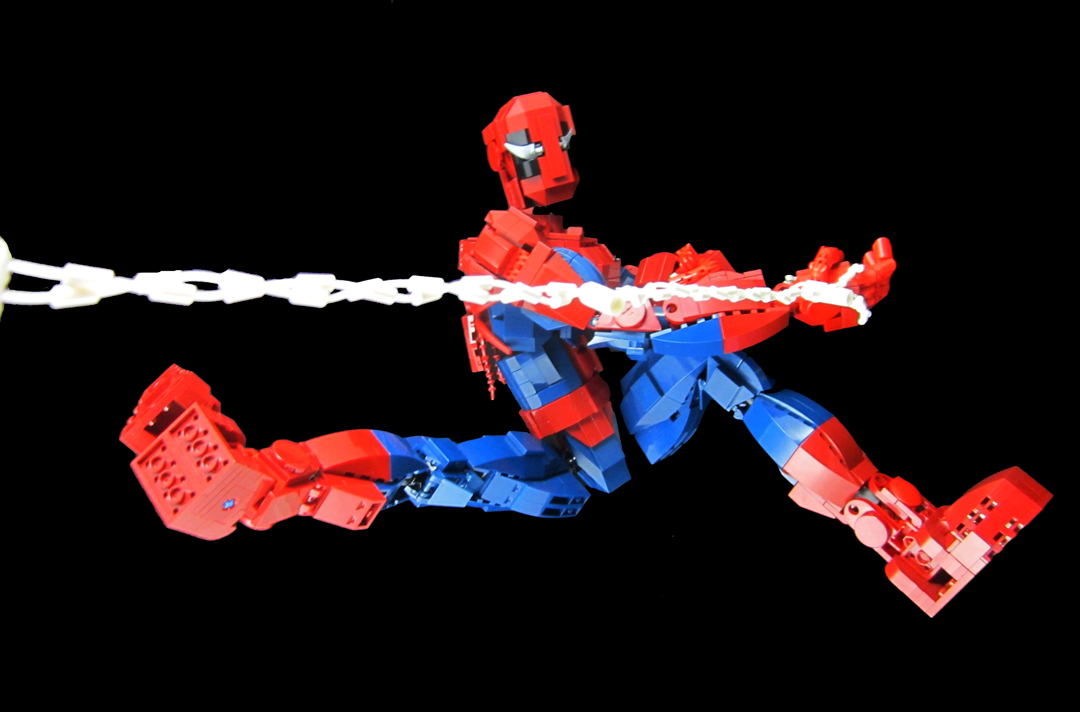 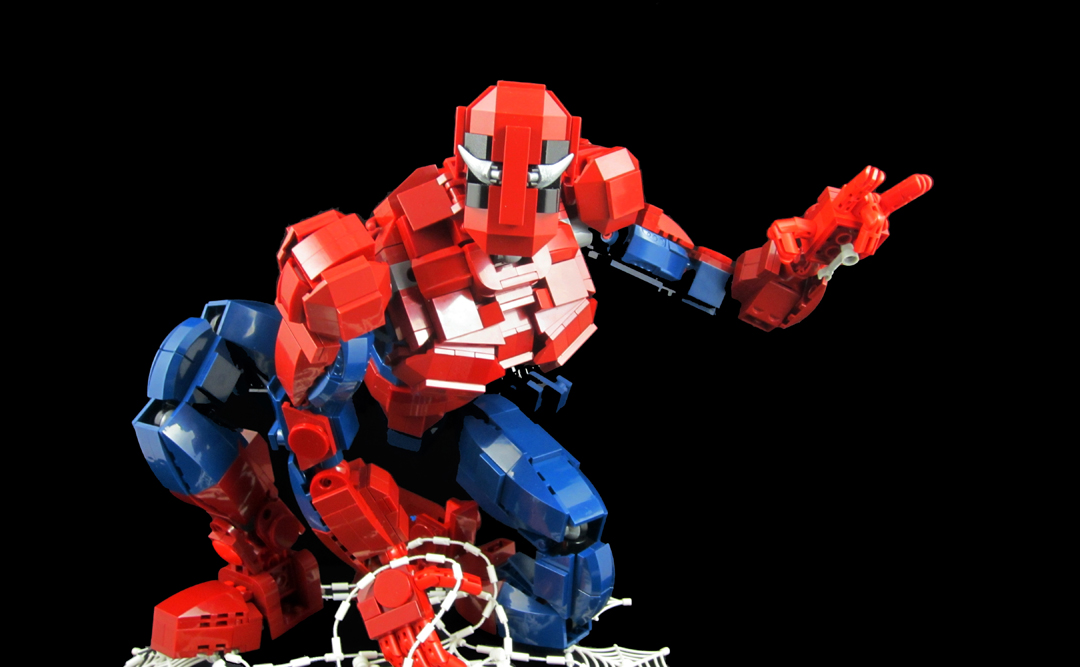 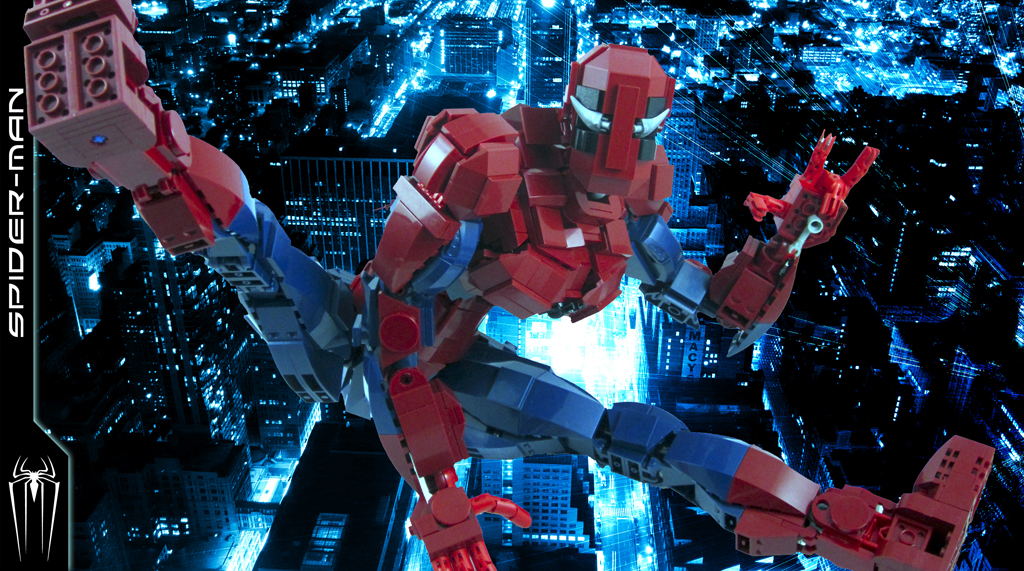