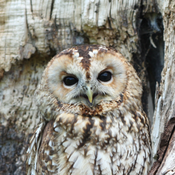 The T120 is a legendary classic of motoring history, premiering in 1959 and currently in production!
Stats
Year: 2019
Country of Origin: United States
Engine : 81 bc (brick count)
Total Part Count: 734 bricks
Weight: 1 Pound 0.6 Ounces
Dimensions: H 8" x L 13" x W 7"
See a 360 horizontal spin!
See a 360 vertical spin!
Accuracy
Compare this image of a US 1970 Bonneville T120 to the LEGO model. I used this image, among others, when designing my replica.
This bike is designed to be as authentic and true to the original as possible, down to the stitching (seriously!). Of special note:
Of course:
The Story
I built this motorcycle while the Chicago Teachers Union was on strike, in October of 2019.
I work for motorcycle and automotive enthusiasts. Just before the strike I was doing some paperwork for a recent acquisition: a Triumph Bonneville.
I learned more of the history, thought it would be an incredible project to make out of LEGO, and had plenty of time.
Not a single piece in this motorcycle was purchased. It's all from my spare-parts bin.
I started with the engine, and it ended up here!
Why This Motorcycle?
Using parts at hands, I aimed to stay as historically accurate as possible.
It is meant to symbolize the history of the motorcycle and the evolution of the automotive industry.
Exactly like the original, this motorcycle, in LEGO, is a pioneer of engineering.
Challenges When Making This Bike
The triple tree (connection between the frame and front wheel beams) was especially difficult to reproduce. I ended up using 2 3-long technic pins into the tubes (circles on the bottom of bricks) of the inside of the gas tank (white and red behind handlebars) arranged to get the angle for the front tire.
To reproduce the spiky piece where the exhaust pipes enter the engines, I used the center of airplane engines—ironic, if you think about it.
The front shock absorbers are actually small wheel rims with pin shafts.
Challenge
Only sixteen pieces, excluding the seat, have studs facing up in the entire motorcycle. Try and find them!
P.S.
I left out the oil when taking the pictures so it didn't leak.