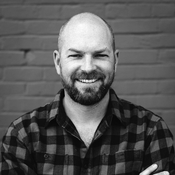 BACKGROUND: In 1969 the world was in awe and filled with inspiration of the possible when Neil Armstrong first stepped foot on the moon – it seemed as though anything was achievable. Later through the 80’s and 90’s the Space Shuttle sent numerous missions into orbit, eventually establishing a permanent International Space Station which allowed the pursuit of science to continue.
Over the decades however, public interest for space exploration has unfortunately waned. The original Shuttle was exorbitantly expensive and prone to fatal catastrophes. The VentureStar and X-33 concepts were abandoned due to technical faults. Since, we’ve back-stepped to rocket technology of the last century, the accomplishments don’t seem quite as heroic, the discoveries seem to go unnoticed, and the desperate hopes for privatized future endeavors seem misplaced.
A new paradigm in space exploration is sorely needed so that science and knowledge isn’t simply a political pinata, and future generations can once again be inspired to dream of the possible.
THE MODEL: After a multi-decade hibernation, NASA, with robust public support has finally developed and launched the next generation of space and science exploration with the NextGen Space Shuttle2 Program – a critical mission to advance science and knowledge of our planet, solar system, the cosmos beyond, and life itself, like never before. All of which is backed by state-of-the-art technology, revolutionary design, and sustainable thinking.
The centerpiece of the program, is the fleet of Shuttle2 suborbital spaceplanes, which differ greatly from the original Shuttle in the following ways:
MODEL DIMENSIONS: 16 in. long, 15 in. wide, 7.5 in. tall.
MODEL ACCESSORIES: The model includes 6 minifigures (thanks LEGO People Pack set 60230), 2 unmanned rovers (including specimen containers, utility arms, camera systems, on-board experiments, and large telescope), and one communication satellite.
ACCESSORY SETS: Additional accessory sets with the same theme have the potential to further be developed, including:
INSPIRATION: One Strange Rock (Nat’l Geographic/Disney+), the original Space Shuttle Program (1981-2011), Tesla’s energy/electric revolution, VenturStar/X-33 concepts, Star Wars space craft, and LEGO CITY current space/mars themed sets. In-line with the International Space Station set 21321, I was also inspired to create a more technically challenging product (product line) offering that would be complimentary to the current CITY themes, and appeal to a broader demographic of LEGO fan/builder.