By Shayd_DeGrai
2 comments
"A peak and isle of rock it was, black and gleaming hard: four mighty piers of many-sided stone were welded into one, but near the summit they opened into gaping horns, their pinnacles sharp as the points of spears, keen-edged as knives." - J.R.R. Tolkien, The Two Towers.

Continuing my thoughts on a Lord of the Rings Architecture-style line (please see my related ideas for other such models) I offer my interpretation of the Tower of Orthanc at Isengard, the obsidian keep of Saruman the White. 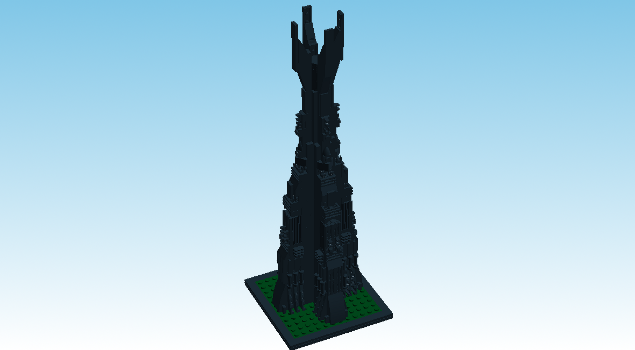 The tower consists of 499 pieces (according to LDD). At current, it only exists in virtual form. I'll replace the images presented here with real photos once I have enough of the right black bricks to build this thing properly.

CUUSOO is not kind to the notion of photos that are taller than they are wide, which makes proposing a tower a bit tricky. I apologize for this, but hope that these cut shots will give you an idea of the level of detail vs. abstraction I'm after. 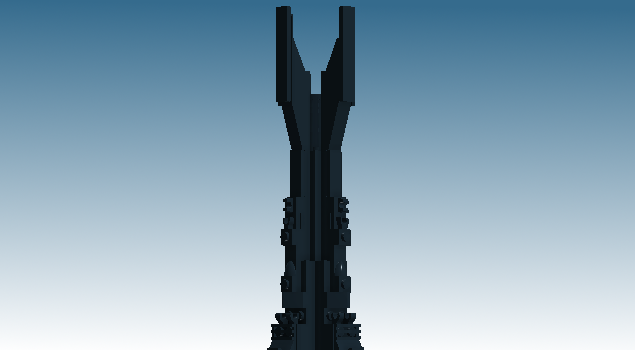 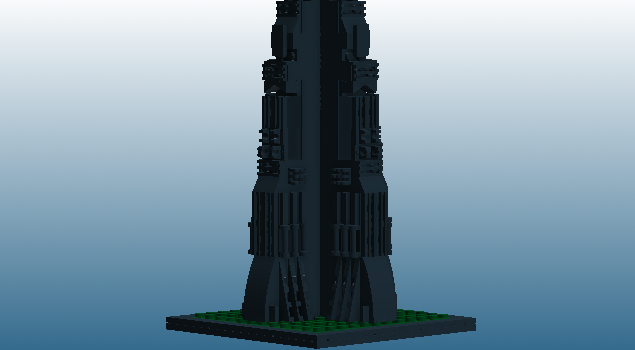 Middle Earth is rich with iconic structures and locations. I propose a Lord of the Rings series targeted at adult fans of Lego and (potentially non-Lego) LOTR collectors. Each kit in the line would be an abstraction of an iconic place in Middle Earth similar to the current Architecture line in scale and packaging.