Cuusoo is a site where people submit ideas for Lego sets. If the idea can get 10,000 Supporters then Lego will review the projected. If Lego likes the idea then they will create their own version of the project and mass produce it to make it available to fans.

This project is a proposal to create a set based on a collection of figures and a Mecha Tank from the animated series Legend of Korra.

This is now a collaborative project between Kaminoan and myself.

This project now depicts Kora, Mako, Bolin, Asami, Amon, the Lieutenant, Sato (in the Mecha) and a Mecha Tank. In the following weeks, Tenzin and Lin Beifong will be added as well.

Of course I would love it if this project was already at 10k, but I am happy to have reached 1k on the same day that Book 2 premieres.

Now, I will recreate this video shortly, with better dialog and hopefully better focus but

I have tried promoting this project everywhere I can think of. I cannot however post to the Nickelodian Legend of Korra Message Board due to age restrictions. I would really appreciate it if anyone who can post to that message board mention the existence of this project. 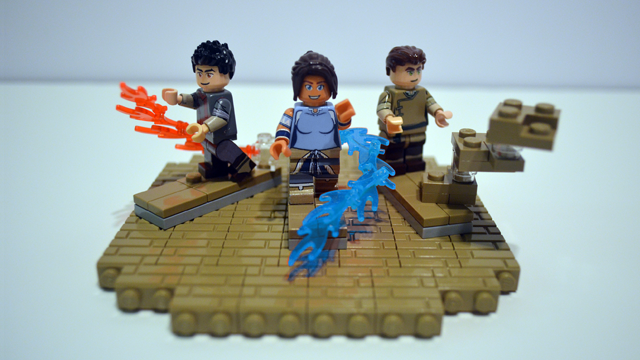 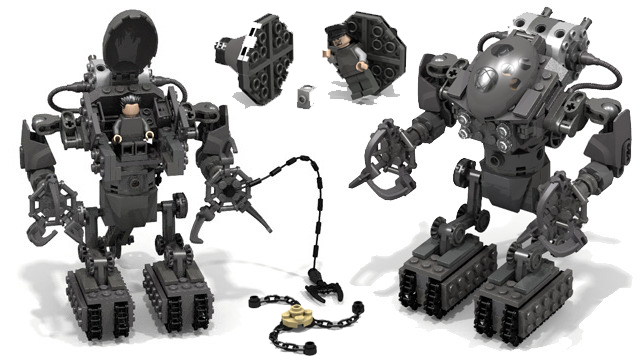 The cockpit of this Lego Mecha Tank opens just like the one in the series. The canopy opens vertically, then the side plates hinge up and the lower plates hinge out.

The arms are designed to allow motion like a human arm. The Shoulder allows for universal motion and the elbow acts as a hinge. The three claws can open and close.

The upper torso can also rotate at the hips

Also Depicted above is the "grabbing line" accessory.

This image depicts a printed canopy that has "portholes" that more accurately reflect the Mecha Tanks in The Legend of Korra, though I might be partial to having them kept simple.

In addition to the Mecha Tank, the above depiction has two more possible "accessories" for the Mecha Tank: The bola and an electromagnet with minifig "back plate" (the single part in the middle).

As for the Bola, Lego does produce an element which is two 1 x 1 round plates attached by string instead of chain. I would prefer to use those instead of the chain elements, but I do not have access to those at the moment. 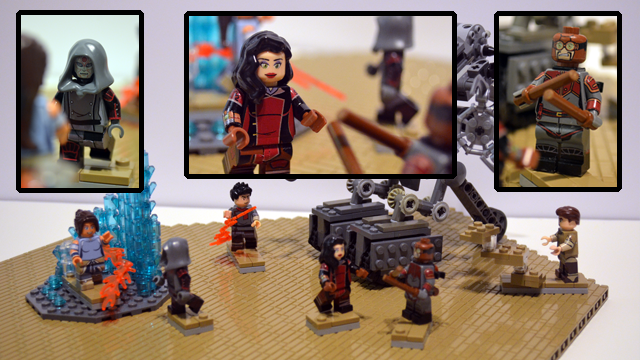 Here is a nice close up of Amon, Asami Sato, and the Lieutenant. 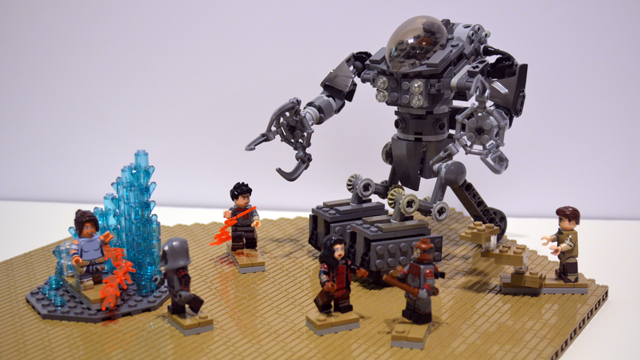 I posted this project in 2012.10.09, nearly a year ago.
I did a poll to see which character where the most popular to include in the project and the fans responded equally between Lin Beifong and Asami Sato.

This project has not yet breached 1000 supporters let alone the 10000 needed for review. If this project is to succeed it needs to get to 10,000 quickly so that production can begin soon while the show is still in production.

In response to this, I have changed the line up a bit but the final figures will utilize feedback from the fans. I hope that whatever comes of it, this does not disappoint the 950 people who have supported the project to date.

If you like this project then please check out some of my other projects:

We are likely to only get one Cuusoo set PER project that reaches 10k. So if you want more Korra sets. Please support all Legend of Korra projects.


These are sorted by projected completion date. And they all have at least 200 supporters so you know they are of high quality.