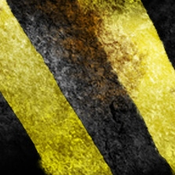 Go back to where it all began with this diorama of the cover of Detective Comics #27!

This was the first comic book to feature Batman. Known then primarily as "The Bat-man", he has evolved to become one of the most popular superheroes of all time.

This set re-enacts the cover of the issue using perspective and decals, and comes with four figures. Batman and three crooks are included with the set.

This set would be great for any fan of DC Comics or Batman. Children and collectors alike could happily have this set. If released on time, this could possibly coincide with the 75th anniversary of Batman.

Thanks for stopping by, please comment, support this project, or take a look at any of my other projects!

Other Projects I am proud to support: