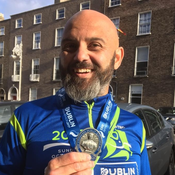 New York New York, so good they named it twice (as the old saying goes).

One of the most famous cities in the World.

...And what happens if you get into a bit of a scrape there?

You get a ride in one of these, an FDNY ambulance.

I've been privileged enough to visit this great city and the FDNY ambulance (among other emergency service vehicles) is a common sight and they do look pretty cool (as ambulances go).

If Lego were to produce this set it would make a much better souvenir of the great city than the usual mini Statues of Liberty and Empire State Buildings.

This set would be an interesting build as it uses 3 different widths of 6,7 & 8 studs wide and some SNOT (Studs Not On Top) techniques to build the front, rear and side doors and some of the rear interior.

It would come with 2 minifigs; 2 x paramedics (or possibly 3 if a patient mini fig is included).

I think this would make a great set for anyone's collection.