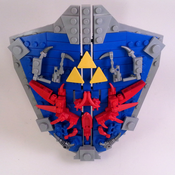 The picture is pretty self explanatory, except that I think it looks even better in real life than it does in the photo. It's a desktop size Lego Hyrule Shield on an adjustable stand. I haven't done a piece count, but if I get enough support (around 1,000) I'm going to work on improving a couple of small things which will make it stronger and reduce the piece count. I would anticipate a $30-$40 set when all is said and done. Less if I can manage it.

See the pics below for more angles and a better view of the stand and how it works.

I'm posting this because it's by far my favorite build. I keep it on my office desk and smile whenever I look at it. So if you love Zelda, maybe you too can one day own one.

One more thing. I was pulling for the previous Zelda project by Mingles and I'm pulling for the current projects by Ragaru and Wes Talbott as well, but based on previous Cuusoo projects I suspect that Lego would much rather do a single model than a theme complete with several sets. It seems that Cuusoo has a novelty appeal rather than a mass appeal, at least in Lego's mind. In other words, I believe this model fits what Lego is doing with Cuusoo better than other Nintendo projects. On the other hand, I kind of hope I'm wrong, because I would LOVE to see an entire Zelda theme!

THANK YOU for your support! 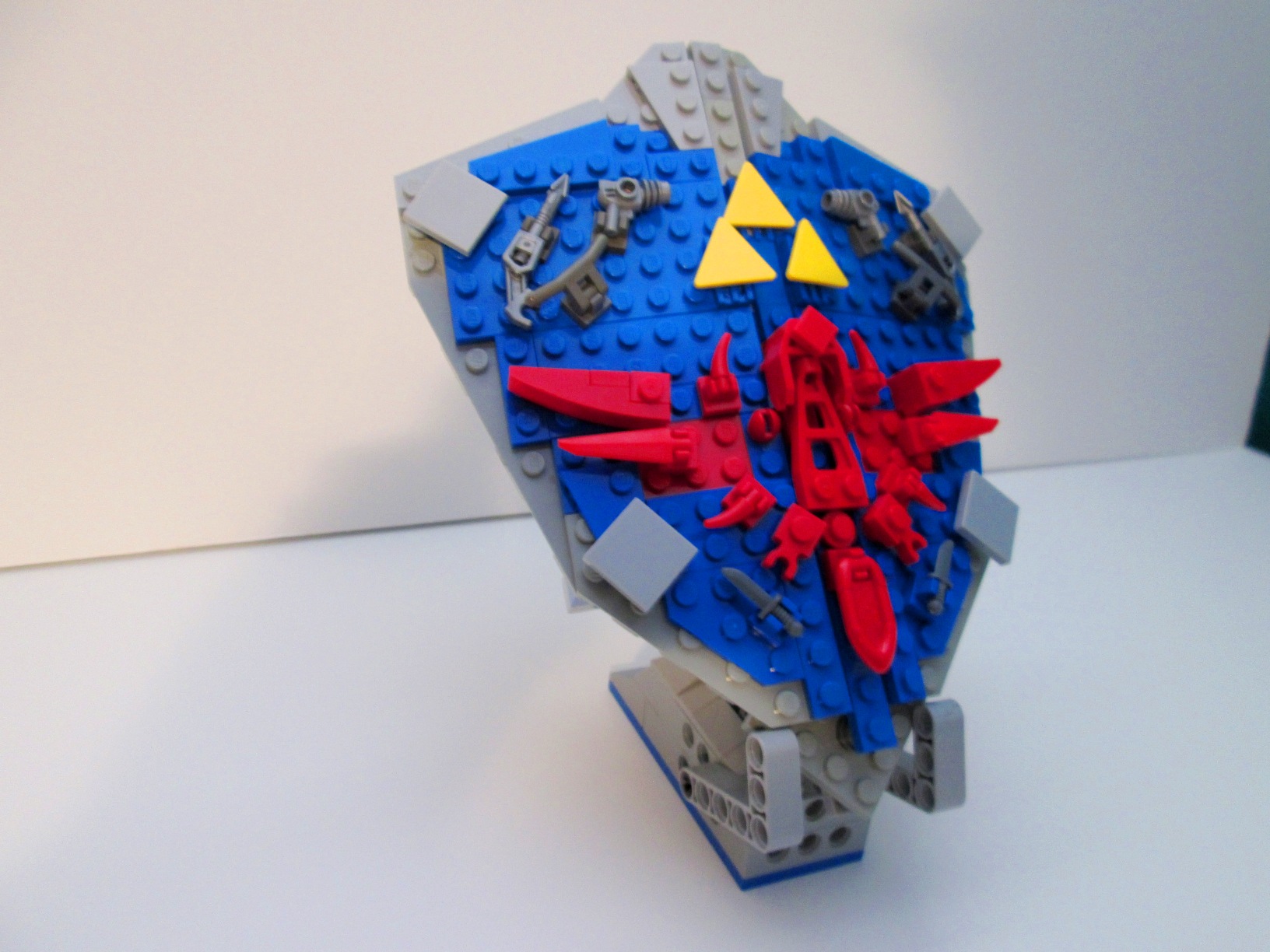 Here is a better example of how it sits on the adjustable stand. 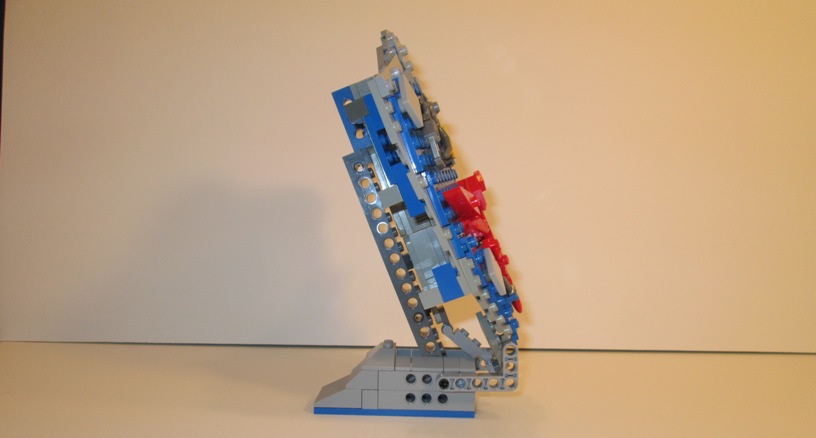 Here it is fully raised (great for up on the bookshelf) 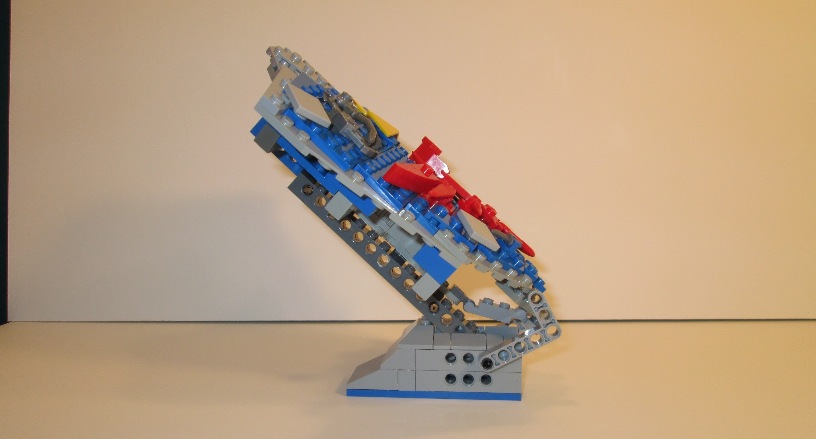 Here it is fully lowered (great for a desktop)