"...sailing proudly down the stream toward them, they saw a swan of great size. The water rippled on either side of the white breast beneath its curving neck. Its beak shone like burnished gold, and its eyes glinted like jet set in yellow stones; its huge white wings were half lifted. A music came down the river as it drew nearer; and suddenly they perceived that it was a ship, wrought and carved with elven-skill in the likeness of a bird. Two elves clad in white steered it with black paddles. In the midst of the vessel sat Celeborn, and behind him stood Galadriel, tall and white; a circlet of golden flowers was in her hair, and in her hand she held a harp, and she sang."

J.R.R. Tolkien, The Lord of the Rings, The Fellowship of the Ring, "Farewell to Lórien"

This is my interpretation of the swan ships that sailed the Lune Gulf waters of the Gray Havens in the Elven Kingdom of Lindon.

In the movies we only get a glimpse of these fabulous ships when Frodo and Bilbo leave Middle Earth to join the Elves in the city of the Eldar on Tol Eressea, the city nearest to Valinor which is where the Valar (gods) dwell. 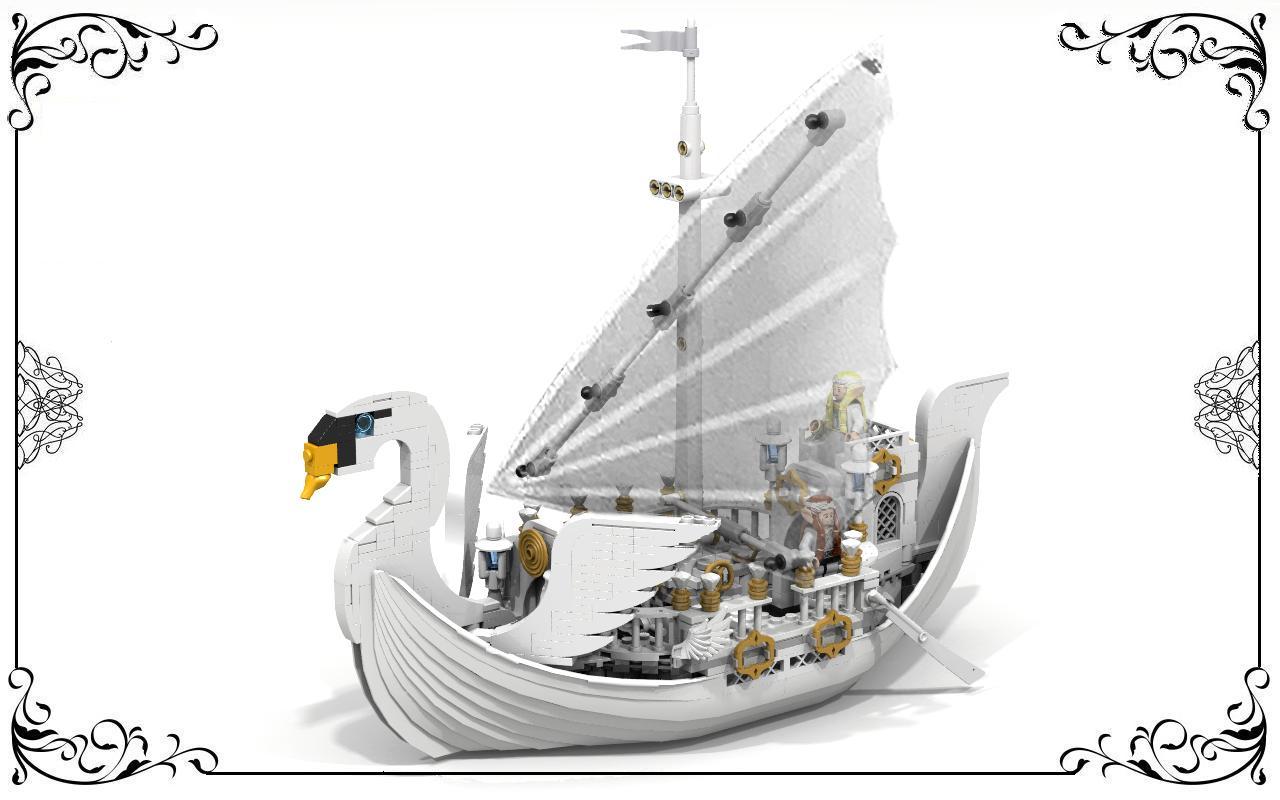 This is a second version of the ship with silver sail instead of a golden one. 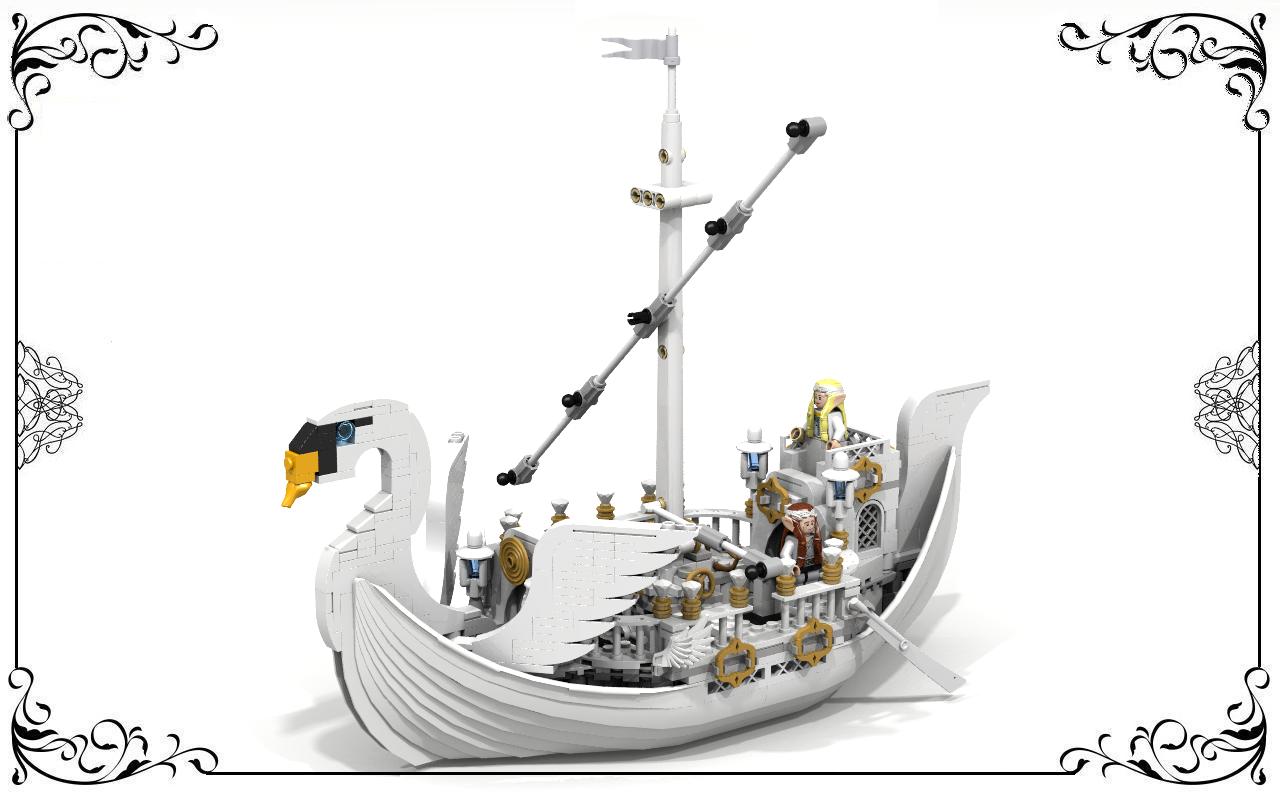 And here is the ship without the sail.

You can see two minifigures I find incontrovertible: Lord Celeborn and Lady Galadriel.
It is their ship that Frodo, Bilbo and Gandalf take to Tol Eressea.

Other minifigures that could feature are Frodo, Bilbo, Gandalf, Sam, Merry, Pippin, Cirdan and a couple of Lindon Elves.

Of course a small building could be added to the set but as there are many minifigures I'd like to see in this set, I think it is better to build the ship apart from the Gray Havens themselves. 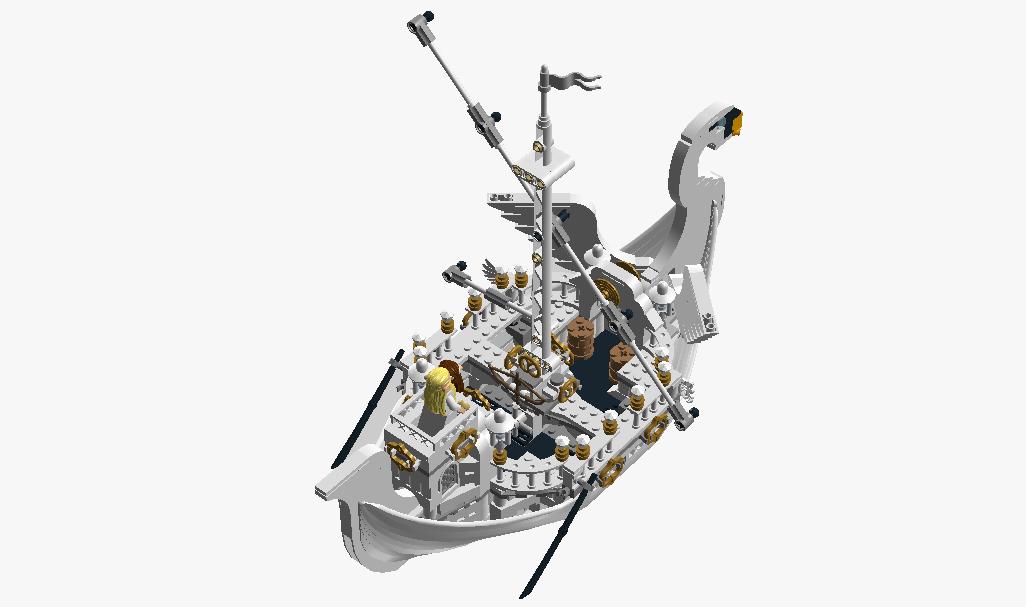 I've added a smal gear mechanism in the mast allowing it to turn in a ca 30º angle. Sort of a way to make the latin sail work. 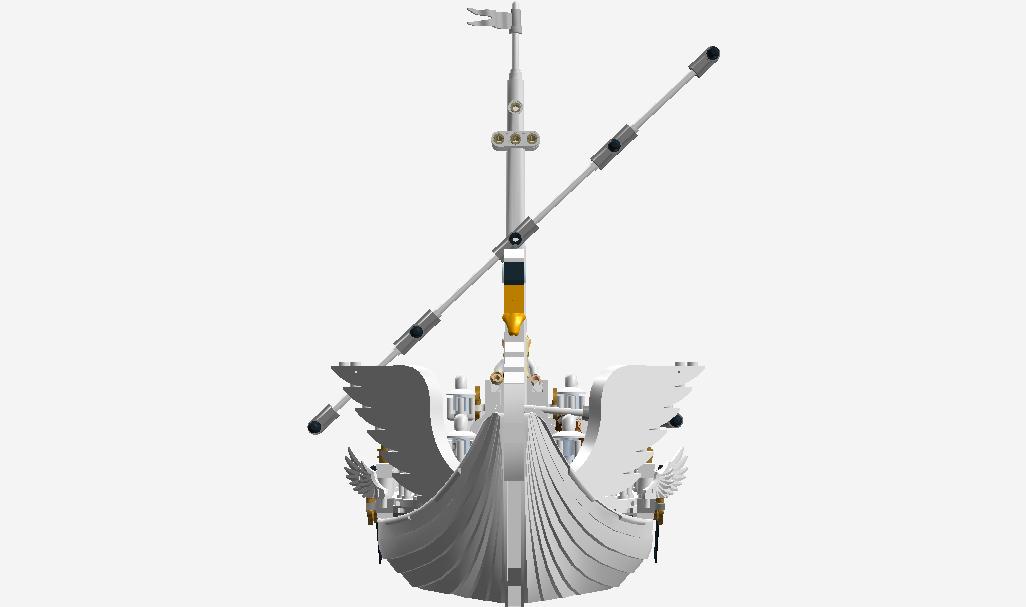 Front perspective.
Yet another unrendered perspective but you get to see the effect I was going after with the swan's wings.


I really hope you like this project and support it.
Please check my other projects and support them as well - they kind of need it :o)

You can check them HERE!