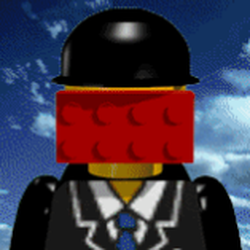 TJJohn12
1
This model represents the PE cars which plied Hollywood boulevard in the 1930s and 1940s. Heavy use of SNOT techniques and advanced building concepts.

Originally designed in LDD, this model needed to be slightly modified when it was built IRL. 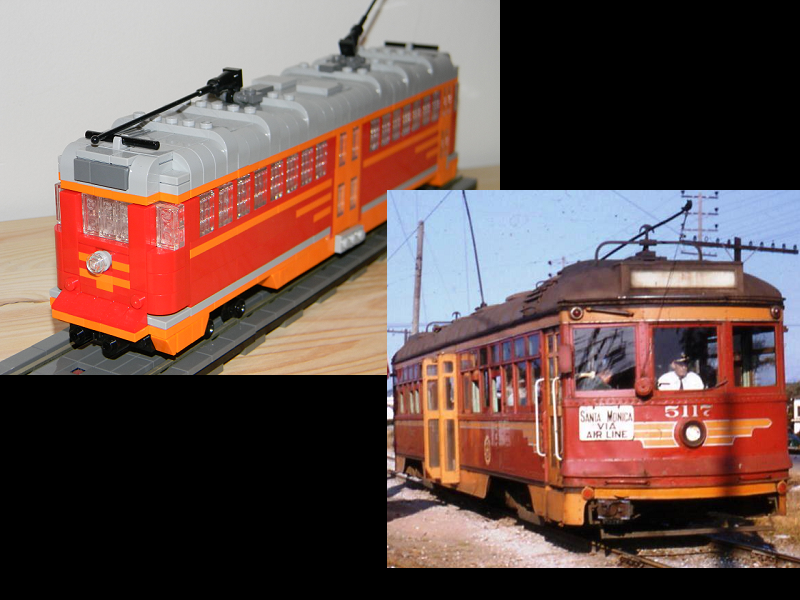 The model next to an historic photograph of its real life counterpart. The distinctive red and orange livery is instantly recognizable. It is identical on both sides, but reversed so that the lines sweep backwards when viewed while boarding.Historic photo from the Metro Transportation Library and Archive (CC-2.0): http://www.flickr.com/photos/metrolibraryarchive/2930102411/in/set-72157617... 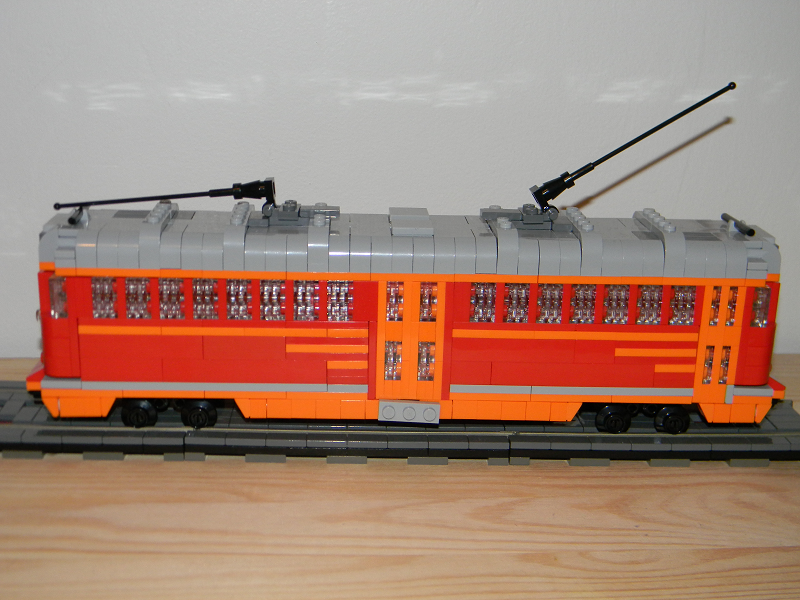 The entire window section and car end is one long piece, placed on its side and pinned in place by both friction and the car's roof. 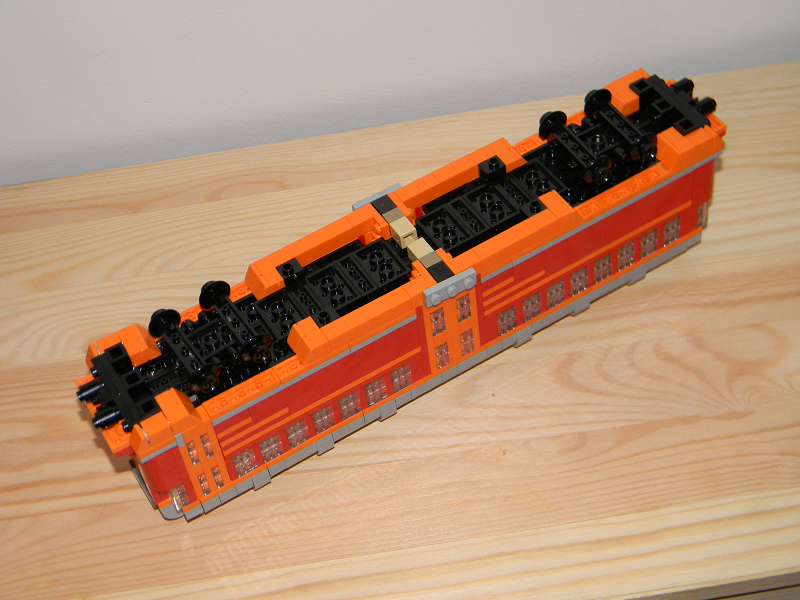 A look at the undercarriage shows some of the gymnastics necessary to achieve not only the car's 7-wide footprint but the distinctive orange striping and center steps. 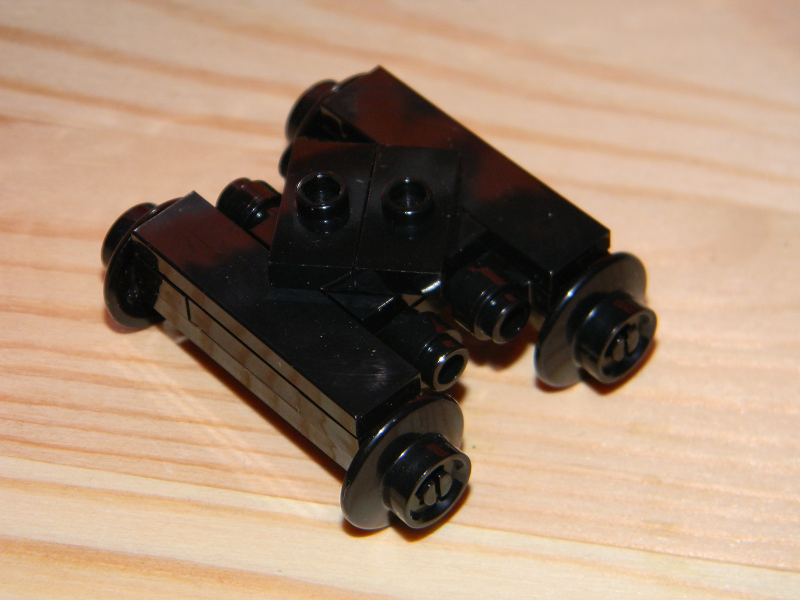 The truck design is simple but effective, using jumper-plates on a 2 x 2 turntable to achieve articulation. The smaller train wheels were chosen to better fit a minifig scale tram wheel set.