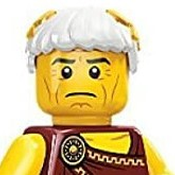 By Avgvstvs
64 comments
Premise: the set is deliberately open inside to ensure maximum playability with the minifigures.
El Castillo Real (Royal) is inspired by a true 16th century Caribbean fortress.
We have four bastions equipped with guns at the corners, a lookout and signal tower, a well (to collect rainwater), two entrances, one from the beach and one directly from the sea across a jetty.
The flora and fauna are very rich, we have a shark, a giant octopus, a crocodile, crabs, seagulls, a parrot and a scorpion among the coconut palms and the vegetation that in one part of the island is also composed of mangroves.
The Castillo is well guarded by arquebusiers and musketeers, the Governor has rich quarters, while the soldiers have to be satisfied as always.
There is no shortage of prison for some unfortunate pirate.
Rate it, thanks.