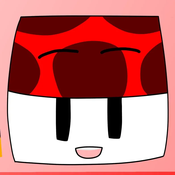 This is the LEGO First Aid kit.
It is a red case with a white +. It can be opened to reveal the amazing items stored inside the sections of both halves of the case. The items are as such:
Besides containing the items an ordinary First Aid kit would contain, I added some fun items that are also used by doctors, this way, the set is more fun to play with, and it adds the play feature with doctor items, like a reflex hammer and an otoscope
The reason why I built it is quite funny: I once cut my finger while trying to cut a sweet potato, but the potato won, and I had to retreat to the First Aid kit to get a band-aid. The round edges of the First Aid case reminded me of the curved slope bricks. So, I opened up Studio 2.0 and started designing.
I believe this would make a great LEGO set because it is original, fun for everyone, young and old. Building the set is a lot of fun, but after you built it, you can play with it. There are plenty of play features to play around with. While adults can build and showcase the set, children can learn about the importance and the usage of a First Aid kit while they are playing. It's having fun and learning at the same time! Children can also learn a lot about the doctor's equipment play features, like the otoscope and the reflex hammer.
Bonus features: