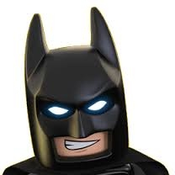 By Because I'm Batman!
81 comments

This is my custom "The Princess Bride" creation! With this set, I've re-created the iconic scene from the movie in which the man in black and Inigo Montoya duel it out next to the cliffs of insanity. This build includes play functions which allow Westly to be pulled up the cliff, a block to fall off the side and both characters to swing on the wooden bar between the two posts. The cliff and supports are removable so that the plates can sit down by themselves, creating an easier area to set up the figures. Thanks for your support!

This build is based off the movie"The Princess Bride." It may be older, but in my opinion, it's a classic. This movie is a dramatic story of "Fencing, fighting, torture, revenge, giants, monsters, chases, escapes, true love, miracles." If you've seen the movie, you know what I'm talking about. If you haven't, go see it. This build is based off the part in the movie when the man in black and Inigo duel it out. Again, thanks for your support!

By Because I'm Batman!
81 comments