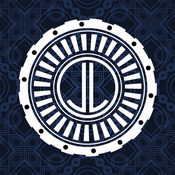 TARS instantly became my favorite character when I saw the movie Interstellar.

I wanted to have a replica of him on my desk so I decided to reproduce him in using LEGOs, and here it is!

I kept it very simple, but it still has the possibility to adopt a number of different poses, just like the movie character. I used flat plates on the front, to reproduce the texture it has on the movie. The printed plate is here to give life to TARS, to give him a "face". I also used LEGO Technics parts in order to be able to rotate the four different "legs" of the robot. It allows to independently spin each one to change its pose or to play with it. The entire set is composed with 61 pieces (only 9 different kind of parts), which make it very easy to build.

I hope it will have the chance to be on everyone desk too someday :)