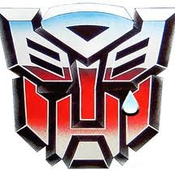 This Star Wars Ultimate Chess Set is based off of episodes IV - VI. It not only would include several key player mini figures of the Star Wars universe, but also several original mini and micro starship builds (see below pictures)

The chess board itself is reinforced with large plates. The top of the board is finished with flat, smooth tiles. The whole board also fits snugly into the top of the storage container as a lid and is secured with 4 studs. There are 4 lightsabers used as handles on the edge of the board for lifting and better control (lightsaber colors: translucent red, green, blue & purple).

The final touch would be the Star Wars title spelled out on the inside of the container using metallic gold 1x1 flat tiles . All those gold tiles would make this set very rare. :)

The Players (28 mini figures on the board and I also included C-3PO and R2-D2 inside the board).

Every mini and micro build are my own original designs except the AT-ATs. Those are based off of the 2012 LEGO Star Wars Advent Calendar.

* Also, it would be nice if LEGO painted on a cockpit for the Millennium Falcon.

ABOVE LEFT:
You can take the top off to reveal the inside. There you'll find gold metallic bricks that spell out the Star Wars logo. C-3PO and R2-D2 can also be found inside the board. The gray side shows the trench run with the micro TIEs chasing Skywalker's X-Wing as he shoots that fateful shot into the Death Star exhaust hole ahead (my favorite part of this build). Then on the white side, the AT-ATs are moving towards the Rebel generator. There is also a crack behind them where a Wampa cave can be found.

BOTTOM RIGHT:
It's hard to see the Hoth Rebel Base side, but inside sits the Millennium Falcon and Rebel ships. Plus a red, sliding crane. Above the base, near the left, is the Wampa Cave and, of course, the two AT-ATs walking towards the Rebel base's generator.

There are several mini gun turrets around the set (see inset pictures above).

From Top Left to Right:
trench run with X-Wing and TIEs, Death Star ray, Vader's TIE docked, some unfinished Death Star transitioning into Rebel base side, Rebel base and turret guns (x2), AT-ATs shooting at Rebel base generator.

From Top Left to Right:
another shot of AT-ATs shooting at Rebel base generator, turret guns outside Rebel base Blast Doors (yes, the blast doors slide open and closed), some more unfinished Death Star transitioning into Rebel base side, Slave 1 docked, 2 extra Death Star docks, trench run with X-Wing and TIEs

I bet that LEGO could use less parts, but below are the specs:
PARTS: 3475
MINI FIGURES: 30

I hope you all enjoy this build. It was a blast to create!

I want to get all the parts and build it myself, but it's going to be a while, so if anyone is willing to help with a better rendering, I would really appreciate it. :)