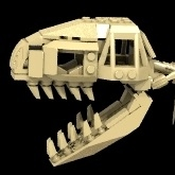 By jazlecraz
19 comments
Update January 7, 2013:
To celebrate making the Top 10 list, I have added a Triceratops to the existing Velociraptor and Tyrannosaurus Rex builds. The majority of the parts for each of the three models are shared so there is potential for a 'Dinosaur Skeleton' Lego kit with the ability to build any of the three! Thank you everyone for your support so far! Maybe 10,000 is not such a long shot afterall...


Update December 30, 2012:
I have now uploaded a revised model based on some of the comments that the project has received. I have also added a Velociraptor skeleton as a secondary build which only requires a few additional pieces. Thank you to everyone who has supported this idea so far!


Original Commentary:
The skeleton of a Tyrannosaurus Rex recreated in lego! This is just one example of a dinosaur skeleton, yet there are many more possibilities. A series could include favourites such as the Triceratops, Velociraptor, Stegosaurus, Pterodactyl and many more! Each skeleton would be posable and would include a base plate for easy display. 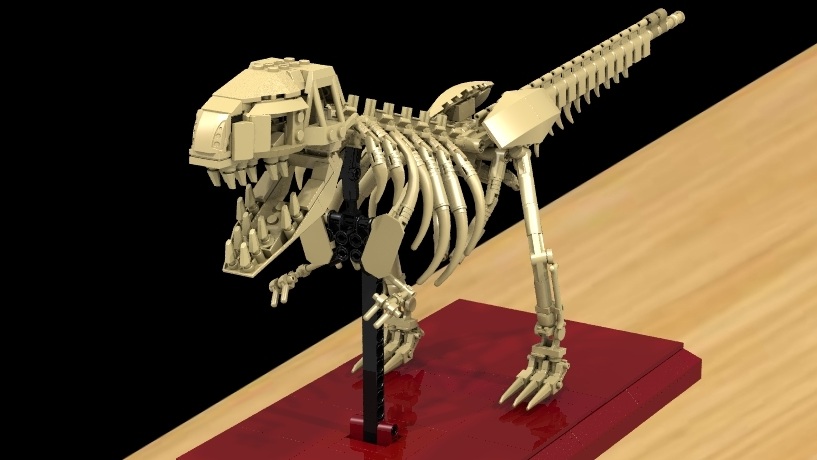 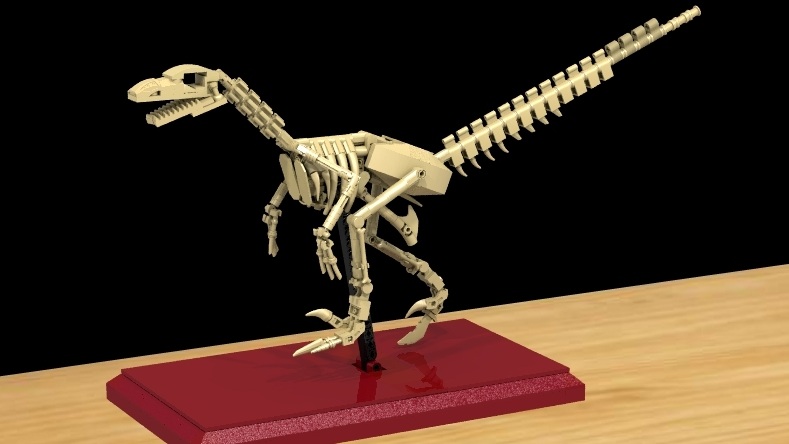 One of the alternate builds: a Velociraptor!! 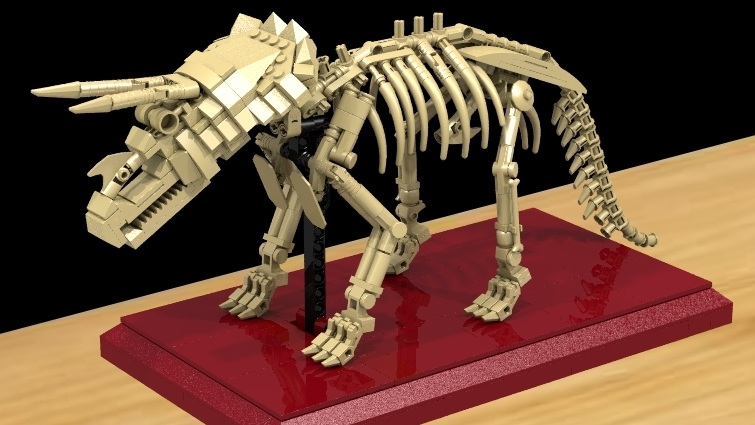 Another alternate build: a Triceratops!!