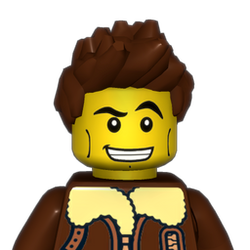 This is a recreation of the final battle of The Flash TV Show. In which you get a mini-version of Star Labs, Reverse Flash, Arrow(League of Assasin´s), Firestorm, Barry Allen and the Flash suit. All to recreate that awesome battle.

I thinks this will be an amazing LEGO set because it adds amazing minifigures to the collection, which sometimes is a very big draw for people. It also will include the most iconic facility from the tv show which a lot of people love and watch.