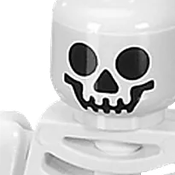 By Frogtopia
23 comments
A great, terrible King once dedicated his rule to seeking the source of all magic: a spring deep in the earth, clear and cool, alive with the promise of power. Decades after seizing the throne, the King found the spring and built his castle upon it. He had the most powerful wizards at his beck and call, yet none could turn the spring water to a potion that offered him immortality or bestowed invincibility upon his soldiers. Consumed by desire to bend the spring to his will, the castle fell to ruin, and the King’s reign went all but forgotten.
Of all the stories their grandfather, the great wizard Majisto, told, this has always been Aspen’s favourite. As a promising wizard their self, they headed out in search of the once-grand castle and the magical spring below. With their trusty familiar at their side, a black cat named Birch, Aspen stumbled across a promising site: a few ruined walls, along with part of what once may have been a ballroom floor.
Luckily, a small part of the dungeon remained mostly intact. Using their magic wisely, as Majisto always taught them, they discovered that the spring water was good for small things, that led to big things: curing common colds, making soil more fertile, and helping firewood burn hotter, brighter, on cold nights.
A sprinkle of it reanimated two skeletons Aspen stumbled over in the dungeon. They are a friendly duo, always happy to lend a bony hand, and helped Aspen establish a home at the ruins: a shelter built in what little of the elevated floor remained, a chicken coop, and a small vegetable garden. At first, the locals were wary of the wizard and their skeletal assistants, but the three of them have become familiar, welcome faces in the surrounding villages, taking their cart of potions and fresh vegetables with them.
*
This set consists of two main sections: the above-ground castle ruins, including a pumpkin and squash patch, a ruined ballroom floor, a chicken coup, and a shelter built into the crumbling walls. The dungeon includes the spring of legend, various artefacts of power left by the previous owner, and the bookcase, table, and shelves Aspen and the skeletons have built. There are a few surprises to be uncovered deep underground, and one of the statues is almost entirely in one piece. Birch the black cat even has a little corner to call his own!
The set also includes a cart, brimming with everything needed to tend to a farm or carry goods to local villages. There are three minifigures: the wizard Aspen, and two cheerful skeletons, as well as a black cat, four chickens, and two small garden birds nesting on the roof.
This is my first LEGO project, after discovering the software a few weeks ago! It was inspired by the Castle sets I played with during the early 90s, and all the stories I concocted in my head—the wizard and skeletons were always my favourite minifigures. I wanted to design something peaceful, set partly outdoors, while retaining a medieval, magical feel, with plenty of little trinkets and details to tell stories of their own. It’s my hope that these compact castle ruins have room and variety enough for the imagination to run wild. Thank you so much for taking the time to view and read! I’m excited to be part of the LEGO community.