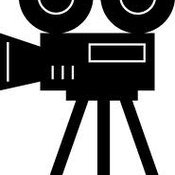 By RickGreene
0 comments
"Snow Fortress" is inspired by architecture featured in Christopher Nolan's blockbuster "Inception." I'm reluctant to advertise heavily on this because the building isn't really given much screen time in the film. In any case, I thought the building was really unique and unlike anything I built before, so I decided to take a swing at it... 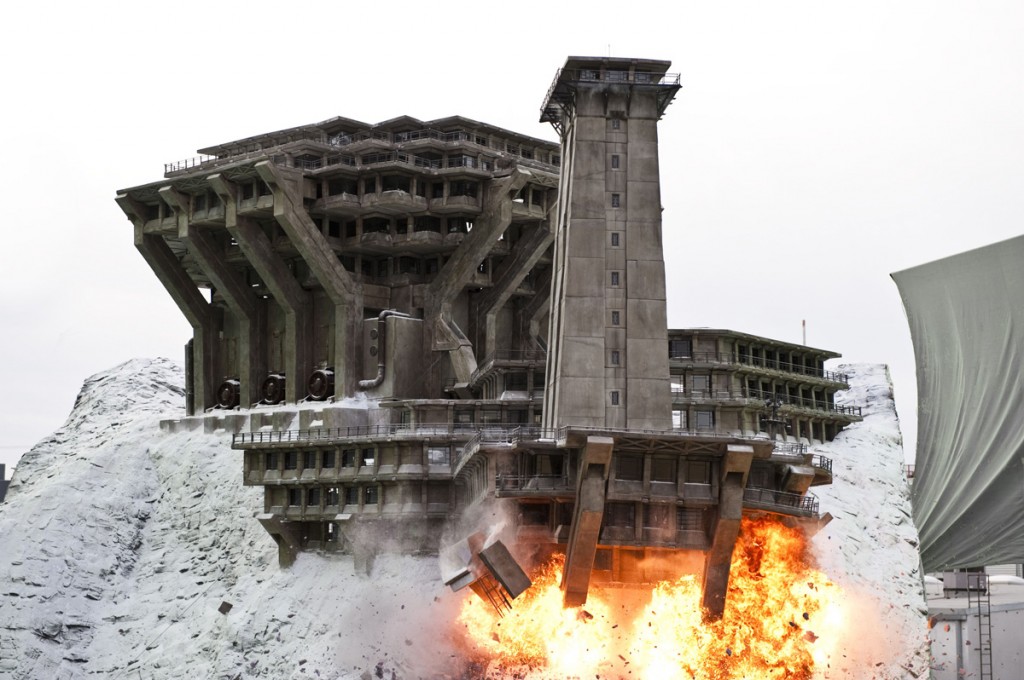 This set took a couple of months to plan and build. The base is built from standard 2x4 grey bricks and expands outward with 2x2 Inverted Slope & 4x4 Round Corner Macaroni bricks. A slanted window is centered on each side. 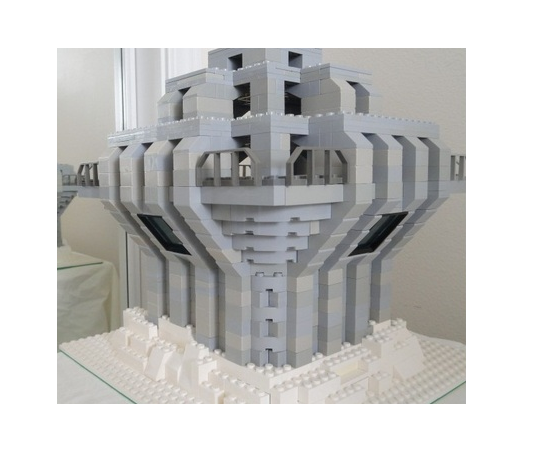 The roof is a specially designed 20-sided square piece (icosagon?) with a grey border and a dark grey interior. The three roofs are built on top of each other, pyramid style. Rails accompany the first layer. 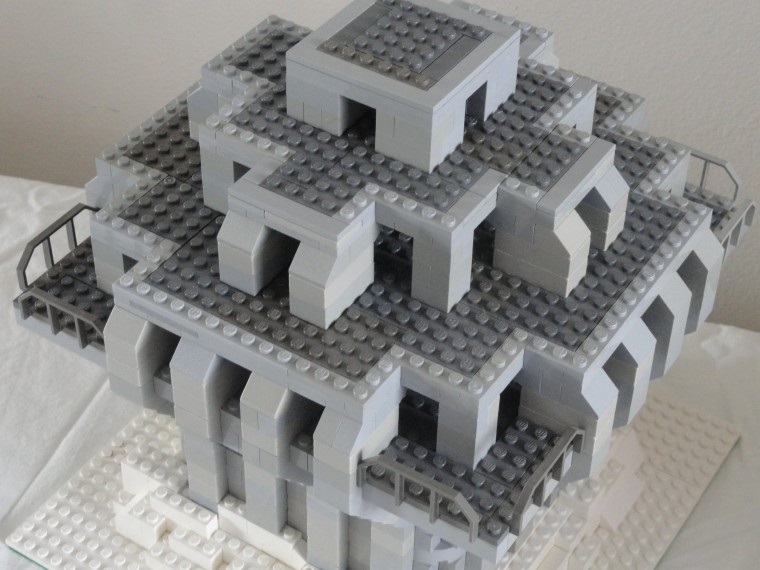 Here is a view of the top. 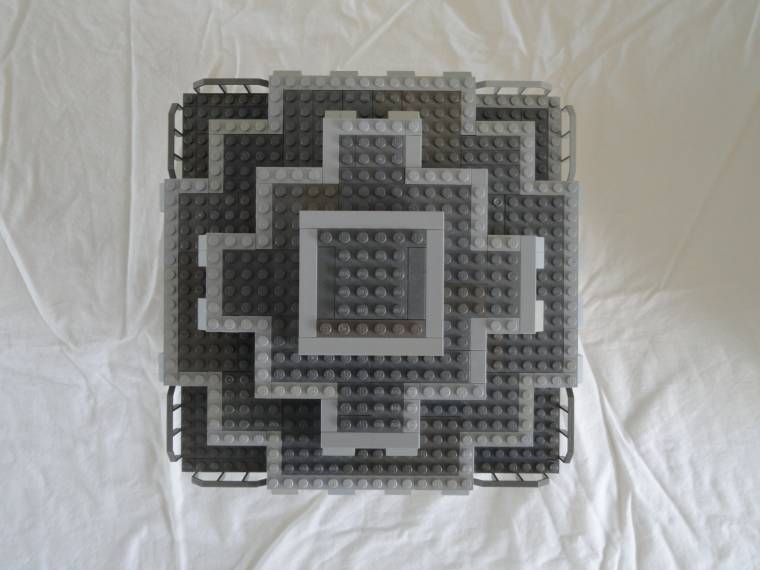 I hope you enjoy this set!