A Special-Limited Edition. My ideal is to design small and affordable sets for the Holidays.

The Real Prototype SubZero is on YouTube: CUUSOO Robin's Fire and Ice 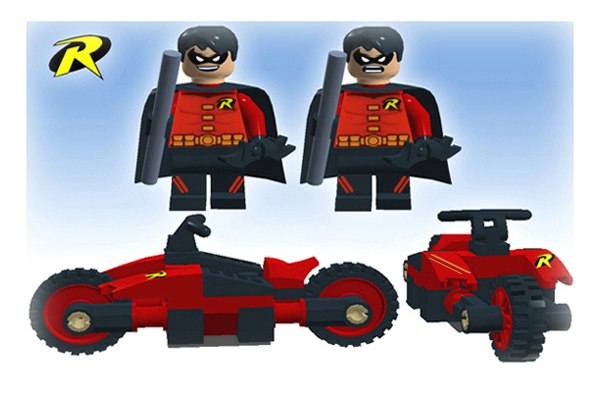 Name Robin, he is a member of the Justice Knights. After escape and rescue a missing prodigy form frozen in Ice Crystal by the new teen villains. Robin has to use Digit’s untested invention new cycle [Redbird] to encountering the unique vehicle call SubZero. 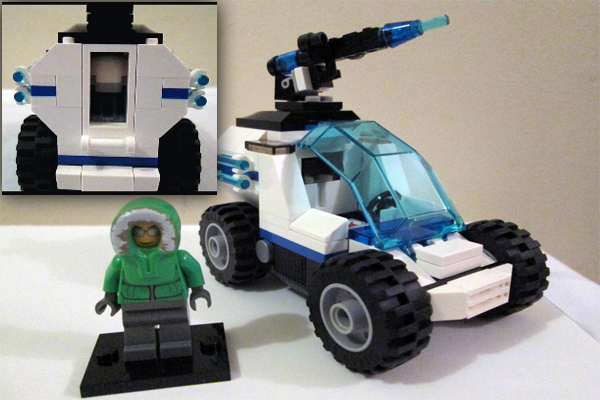 Name Ice Storm or Ice. He is Snow’s older twin brother. A teen villain Captain Cold wannabe. Super gadgets and hi-tech toys he wants he takes, specially Mr. Freeze’s SubZero. Using Digit’s stolen S.C.F. (Sub-Cold Fission) in his ice container cannon, it makes a powerful weapon vehicle to put the city on ice. [A removable cannon can be use as an ice gun.] 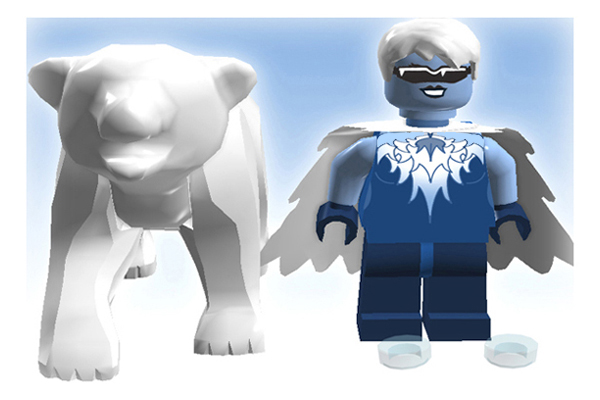 Name Snow Storm or Snow. She is Ice’s younger twin sister. A teen villainess Frost wannabe. Unlike the other one, she uses her power discs to create a deadly animal from snow. Most of it is snow wolf or favorite pet snow bear Blizzard. [Bear from the Set 4440 Forest Police Station to be use in white.] 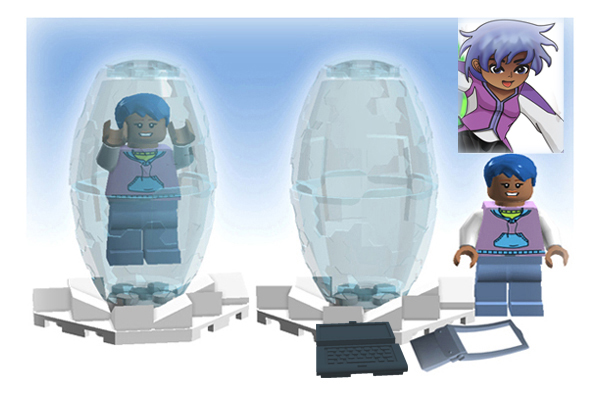 Name Digit. She’s a shy prodigy of robotics, girl inventor and friend of Robin. She invented the first prototype environmental Sub-Cold Fission cell which has been stolen. A special device has powers to run the city without polluting air. With Robin help and her pet cyber wolf, she will fight to get it back from Ice and Snow or frozen in Ice Crystal. [Cocoon use from Galaxy Squad set 70709 in transparent light blue and grey wolf from the Hobbit 79002.]

- If Cuusoo ever made this without having some trouble trademark characters name. I will let them change from Ice and Snow to Captain Cold and Frost.