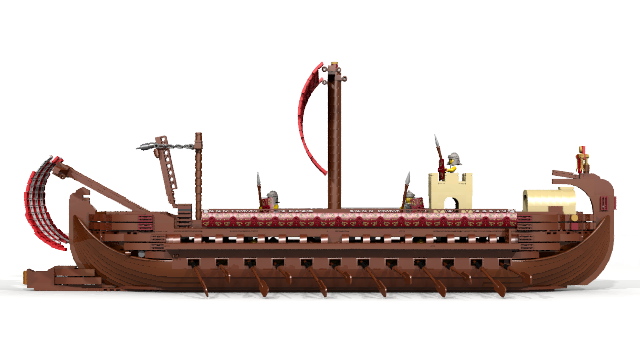 A bireme is an ancient oared warship (galley) with two decks of oars, probably invented by the Phoenicians.The name bireme comes from "bi-" meaning two and "-reme" meaning oar. The bireme eventually evolved into the trireme. 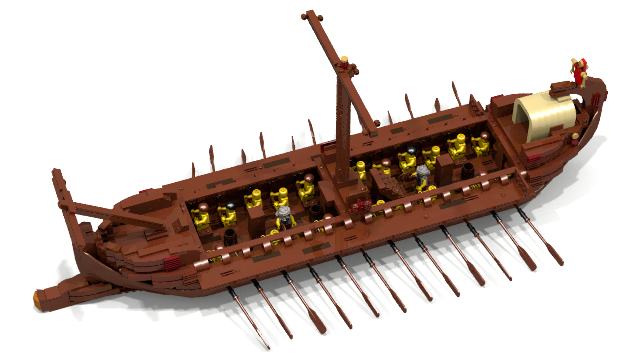 The drop-drown bridge is movable. The deck can be easily lifted, so you can play inside the ship.

Notes:
- The chain dosn't connect to the bridge, some technical issues in LDD.
- The two sails dosn't connects to the mast, they are only replacement of the original sail elements (missing from LDD).
- Lack of ropes (LDD issue) 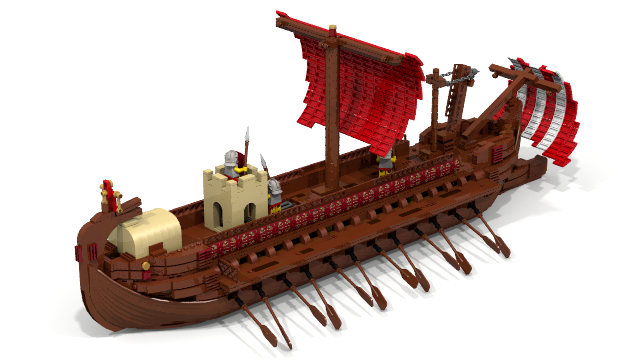