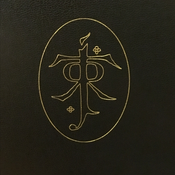 I'm LordofHobbits, and here is my idea for a Gordon's Stoplight Diner set. Stoplight is a real restaurant that I visit quite often, so I have tried to be fairly faithful to the design of the actual building. While not a scale replica, I think I have succeeded in capturing the look and feel of this great restaurant.

I have included Stoplight's large counter seating arrangement complete with more than enough stools for all the customer minifigures. Next to the counter is a small ATM. On top of the counter are various meals, as well as plenty of ketchup, mustard, and napkins. Behind the counter is, most notably, the large grill where all of Stoplight's burgers are grilled fresh. Above the grill is the large menu advertising all the restaurant has to offer. To the left of the grill are the two large refrigerators where bottled drinks, cheese, hamburgers, and all kinds of burger toppings are kept. To the right of the grill is the fryer where french fries and onion rings are made. Next to the fryer is a large shelf where the chili and cheese dispenser and the milkshake machine are kept. Next to the milkshake machine is a phone for take-out orders. Some other various items also adorn the shelf.

On top of the counter I have also included some other necessary diner items, such as a fountain drink dispenser, cash register, and coffee brewer. Underneath the counter, there is also a trash can, a sink, a dishwasher, a broom, a pair of pliers, and a shelf that holds lots and lots of cups.

If we come around the corner to head to the back of the building, we see the take-out window if you want to get a burger in a hurry. In the back area of the store, there is a tall shelf with extra plates, napkins, and some other items. There are also two heavy-duty freezers. One opens up to reveal a big slab of meat and a hot dog that are both yet to be cooked. Past the freezers is a small office space with a phone, gooseneck lamp, and a filing cabinet for the paperwork that comes with running a business.

On the other side of the diner is a small hallway that leads to the restroom. On the walls of the hallway, there are pictures of some of the diner's history. Inside the restroom, I have included a toilet, sink, paper towel dispenser, and a trash can.

Outside, I built some small potted plants and benches. Around the back, there is an opening dumpster with trash inside and a ladder that leads to the roof for maintenance. On top of the roof, I have included a large vent for the heat that comes off of the grill as well as some other mechanical detailing.

The entire roof can come off of the building for easy access to the interior. First, the flat, grey portion of the roof comes off, as it is only sitting on top of some tiles and the corners of hinge plates. Next, the large red section of the roof comes off, which is just sitting on tiles and is secured in place by some plates that don't attach to the walls, but sit inside them to prevent the roof from sliding around.

I have also built a small secondary build to go next to the diner. This build is the stoplight outside that gives the diner its name. It's  fairly simple build, but I think it adds to the overall feel of the diner.

I have included ten minifigures  to go along with my diner build, four of which are workers at the diner, and six of which are customers. For the customers, there is a small child with her mother, an elderly couple, and a teenage boy with his father. For the workers, there are two waitresses with papers and pens for taking down orders, and two fry cooks with spatulas.

Altogether, the build consists of 1772 pieces.

I hope you have enjoyed my walkthrough of my idea for Gordon's Stoplight Diner! Please tell me any suggestions you have, and please support if you would like to see this idea become a set! Thank you for taking the time to look at my idea!