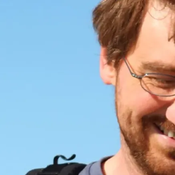 By giorci73
47 comments
The Mole Antonelliana graces the skyline of the city of Turin in Northern Italy with its iconic domed roof and tall star-topped spire. It is named after Alessandro Antonelli, the architect who designed it, and it is one of the most recognizable monuments in Italy, featured in countless illustrations and even on the Italian 2 euro cent coin.
Building began in 1863, and was finally completed in 1889 with the positioning of the five-pointed star at the top of the spire, which brought the height of the building to 167.5 meters: this made it the tallest brick building in Europe at that time. To this day, the Mole Antonelliana is still the tallest unreinforced brick building in the world and it currently houses the National Museum of Cinema.
Growing up in Turin, I was used to seeing the familiar shape of the Mole from various points in the city, suddenly appearing in a gap between two streets or silhouetted against the snow-capped mountains. With this Lego model I wanted to give everyone the chance to have a view of this amazing building from the comfort of their own home.
The model of the Mole uses 2,994 Lego parts, measures 25 cm by 25 cm at the base and is 95 cm tall, making it an ideal size to display on a shelf or table while also maintaining a high level of detail to showcase the eclectic construction style of this one-of-a-kind monument. This corresponds to a 1:175 scale, which is roughly compatible with Lego "nano figures" (see if you can spot one in the images above).
Architectural elements are faithfully reproduced, such as the arched windows adorning all four sides, the tall domed cupola and the many superposed levels of the tapering spire, including with the panoramic terrace.