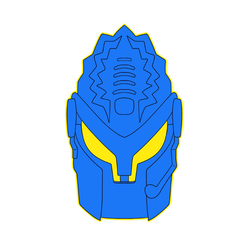 Based off Shakespeare's "A Midsummer Night's Dream" This project shows a Fairy Queen emerging from a flower. The project is aimed towards Females aged 4 and up, what girl doesn't love a Fairy Queen?

It also aims to hopefully introduce kids into the wonderful world of Shakespeare, through one of his best comedies, A Midsummer Night's Dream.

"Titania is a character in William Shakespeare's play A Midsummer Night's Dream. In the play, she is the queen of the fairies. Due to Shakespeare's influence, later fiction has often used the name "Titania" for fairy queen characters.

In traditional folklore, the fairy queen has no name. Shakespeare took the name "Titania" from Ovid'sMetamorphoses, where it is an appellation given to the daughters of Titans.

Shakespeare's Titania is a very proud creature and as much of a force to contend with as her husband Oberon."
~ Taken from Wikipedia.