This is my seventh set of CHIBO'S. Featuring another set of 3 characters from STAR WARS.

These would look great on display or great for play, so hopefully will appeal to both adult collectors as well as kids.
I have packed in as much articulation and details into these little guys as I can to make them super pose-able, fun and interesting to build. 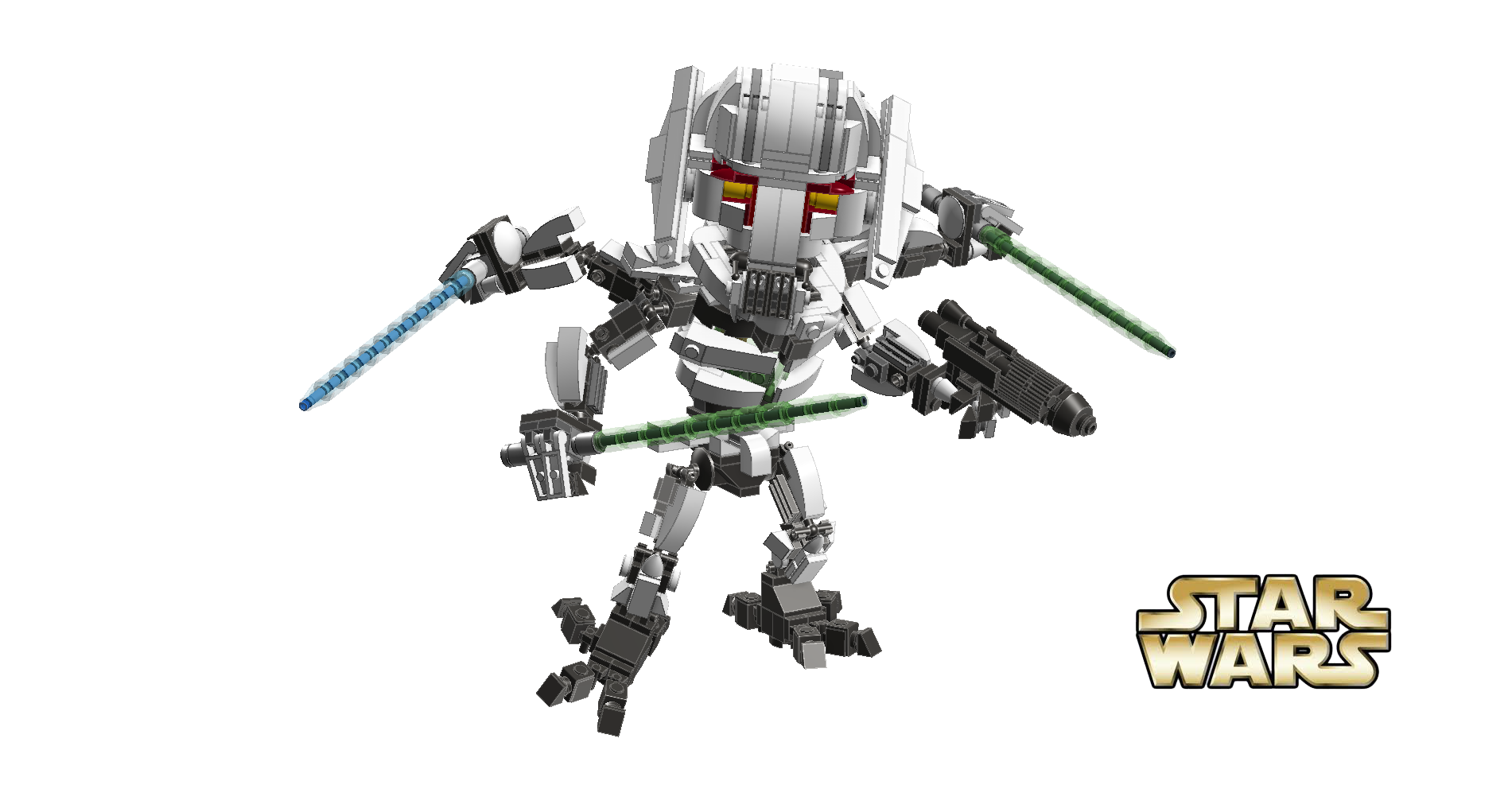 GENERAL GRIEVOUS.
Grievous has around 485 pieces featuring full articulation of all parts- a ball jointed neck/head, full 360' movement on both sets of arms/shoulders, elbows, hips, knees and ankles as well as rotating wrists and pose-able fingers.
He has a transparent chest with visible organs underneath and a throat tube coming up to his mask. (cant see it in the pictures)
He comes with 4 lightsabers and his blaster. 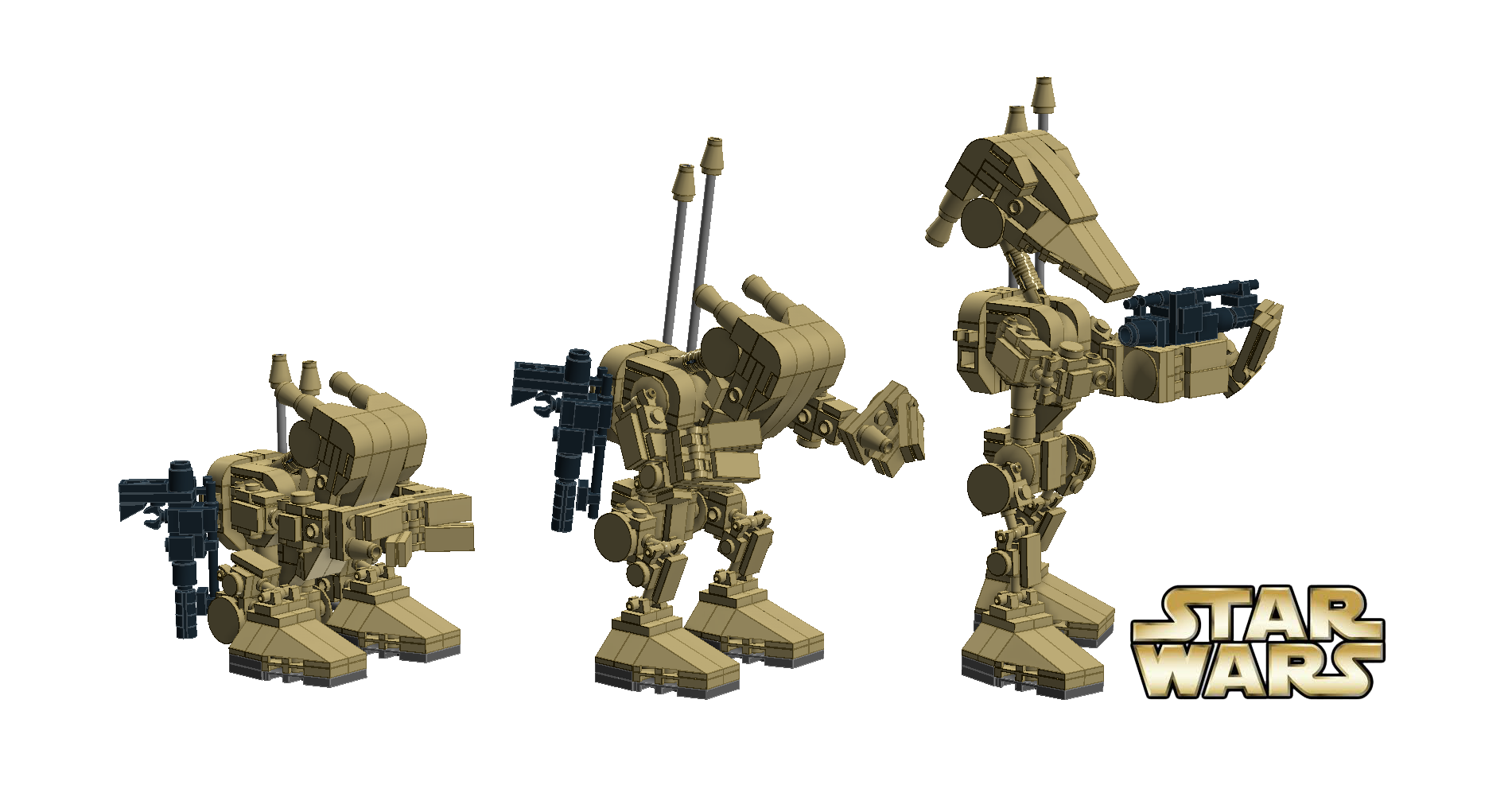 BATTLE DROID.
The Battle Droid has around 240 pieces featuring full articulation of all parts- a double jointed neck/head, full 360' movement on shoulders, elbows, hips, knees and ankles as well as rotating wrists and pose-able fingers.
They can be fully curled up for compact transport and come with a blaster which can be attached to back pack when in transport mode just like in the movies. 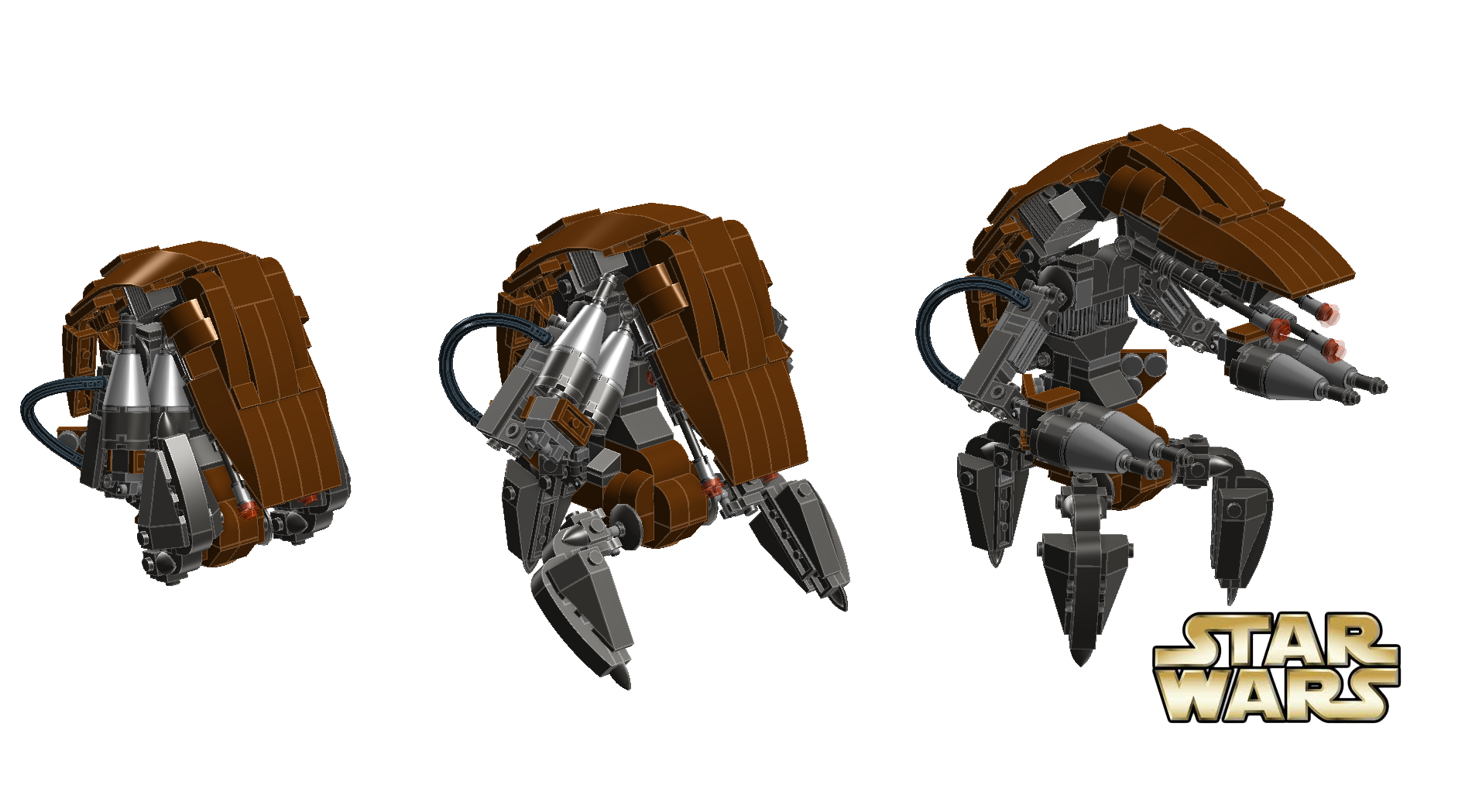 DROIDEKA (DESTROYER DROID).
The Destroyer Droid has around 310 pieces featuring full articulation of all parts- a double jointed neck/head/canopy, full 360' movement on shoulders, elbows, all 3 "hips" and flip out third middle laser/blaster when fully deployed.
They can be fully rolled up into a compact ball for deployment into battle just like in the movies/cartoons. 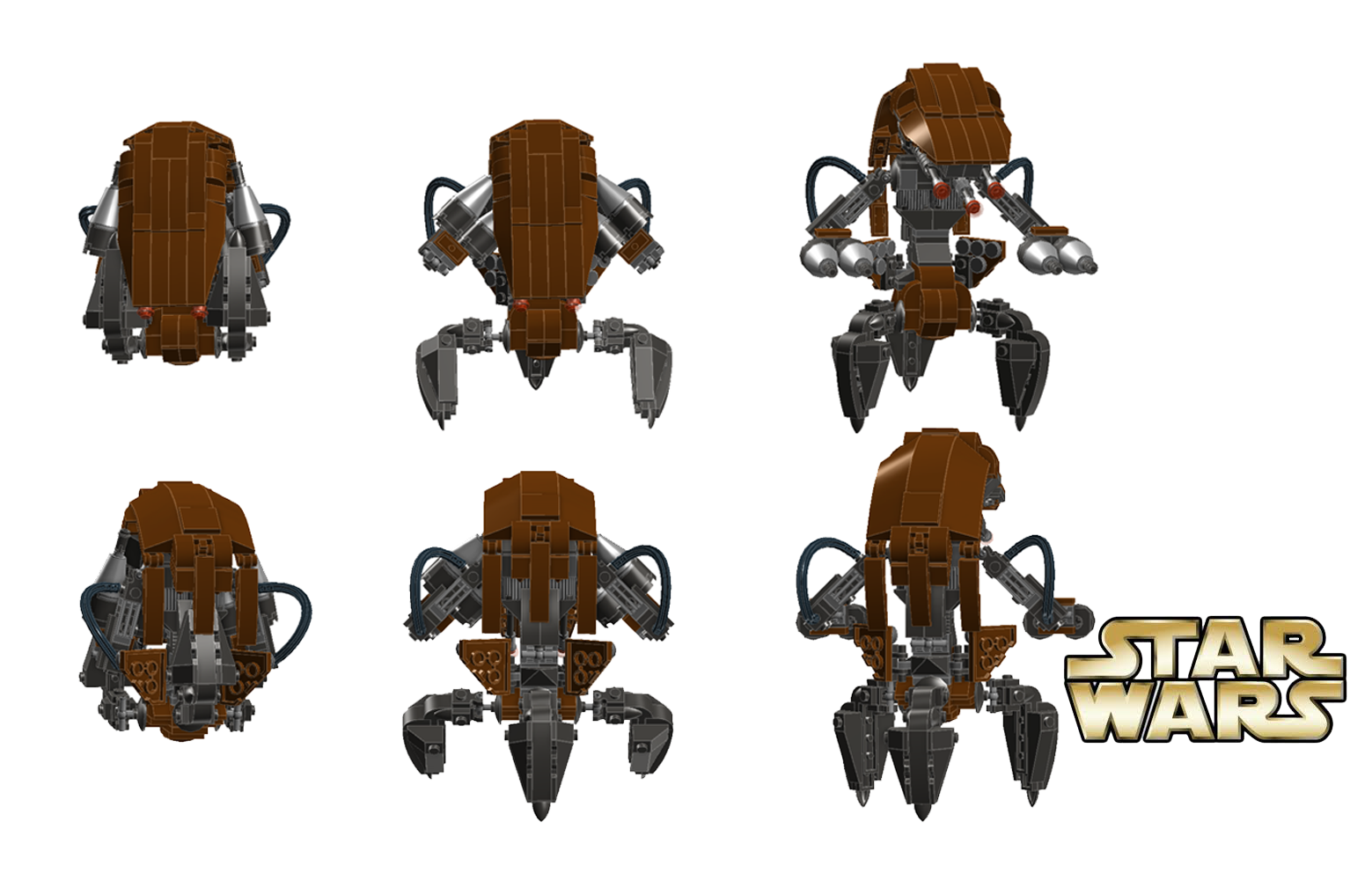 FRONT and BACK view of Destroyer Droid deployment/reveal.

Thanks for your support,
Check out my other CHIBO'S-