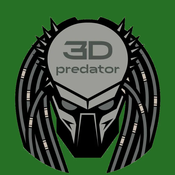 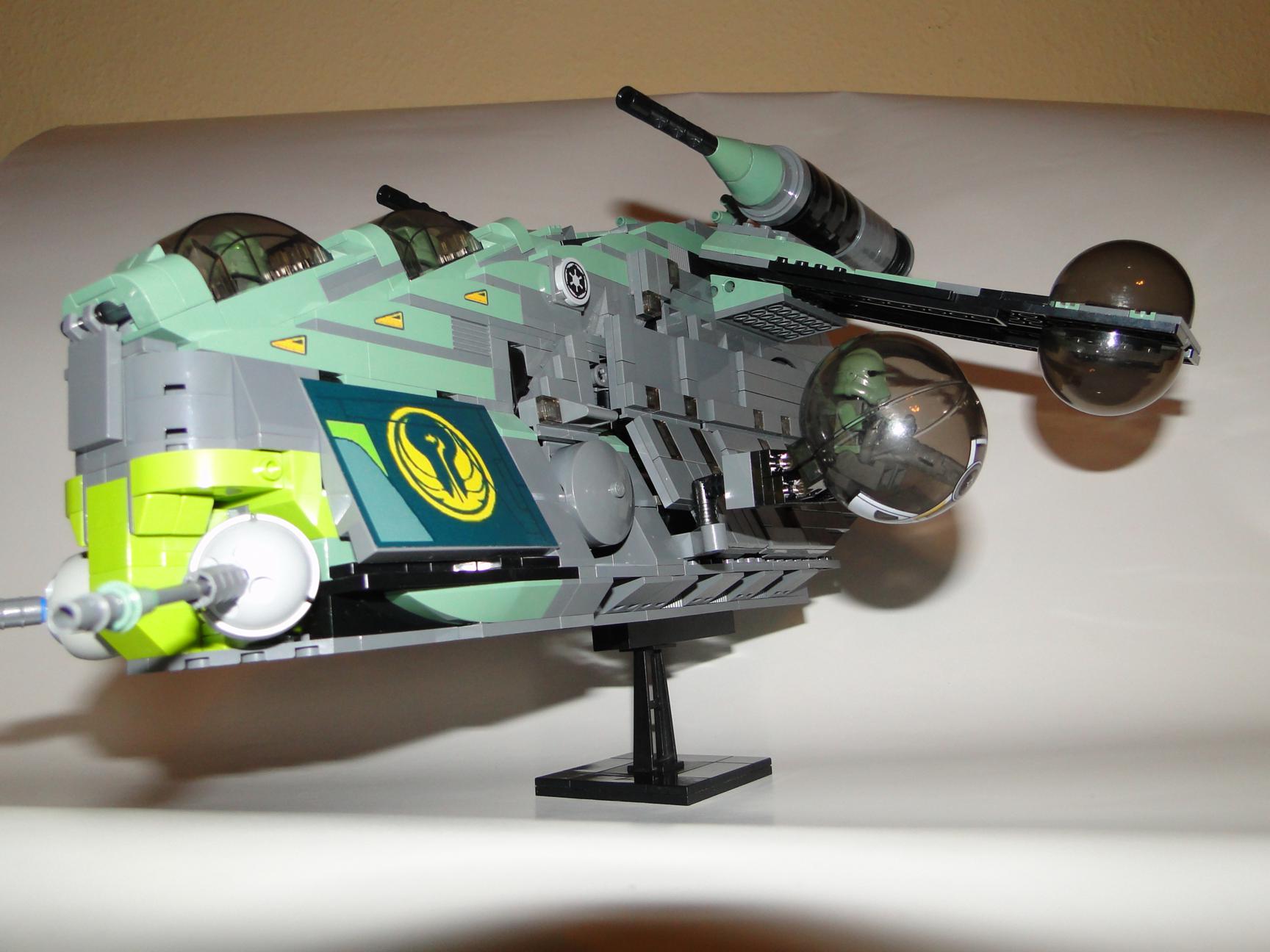 Gunship description:
The Low Altitude Assault Transport (LAAT), also known as the LAAT-series gunship nicknamed "Larties" by some clones, was a gunship series used by the Grand Army of the Republic during the Clone Wars. The series was produced by Rothana Heavy Engineering.

Development:
The LAAT was an engineering masterpiece that took years to produce. The Kaminoans had to overcome many tasks that faced them from new weapon designs to stability. They used repulsorlift turbines located in the wings and base of the transport provided stability against the anti-aircraft weapons deployed by the CIS. They also created a new weapon that would bring mass damage to the battle field, this weapon had an ion repeater that created a beam to chop through buildings and people. The problem with this was that it constantly overheated, but the Kaminoans came up with an amazing idea. Side mounted and wing mounted turrets that were controlled manually with their own mass drive engine. This meant that the weapon wouldn't overheat the main engine. 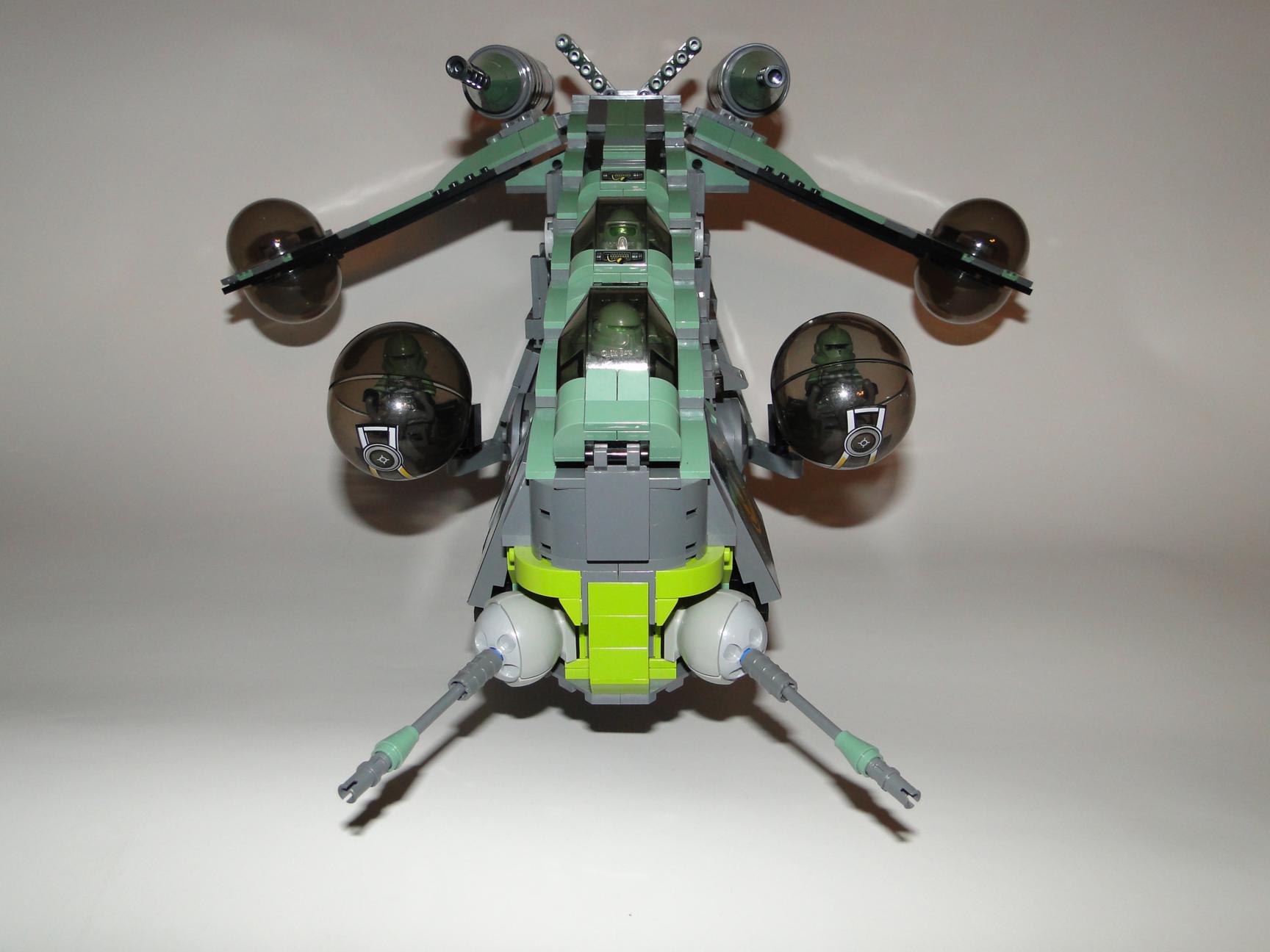 Characteristics:
The LAAT series gunships were designed to transport up to 30 clone troopers into combat and support them. It also had a rear hangar that could hold up to 4 speeder bikes to support reconnaissance operations or search and rescue missions. Early LAAT were in-atmosphere-only vehicles, requiring cruisers to land somewhere on the planet in order to launch. Although, with their range, it was common practice for cruisers to dip into the atmosphere, let the LAAT fly to the target zone, and be gone before combat even started. Later versions allowed it to fly through space and actually be used for boarding in ship-to-ship battles. Some versions of the gunship included Bacta tanks for medical transportation. Also sometime after the battle on Geonosis, an Alpha-Class Arc Trooper/Special Ops gunship was introduced with a new paint style, increased maneuverability and more flight time. 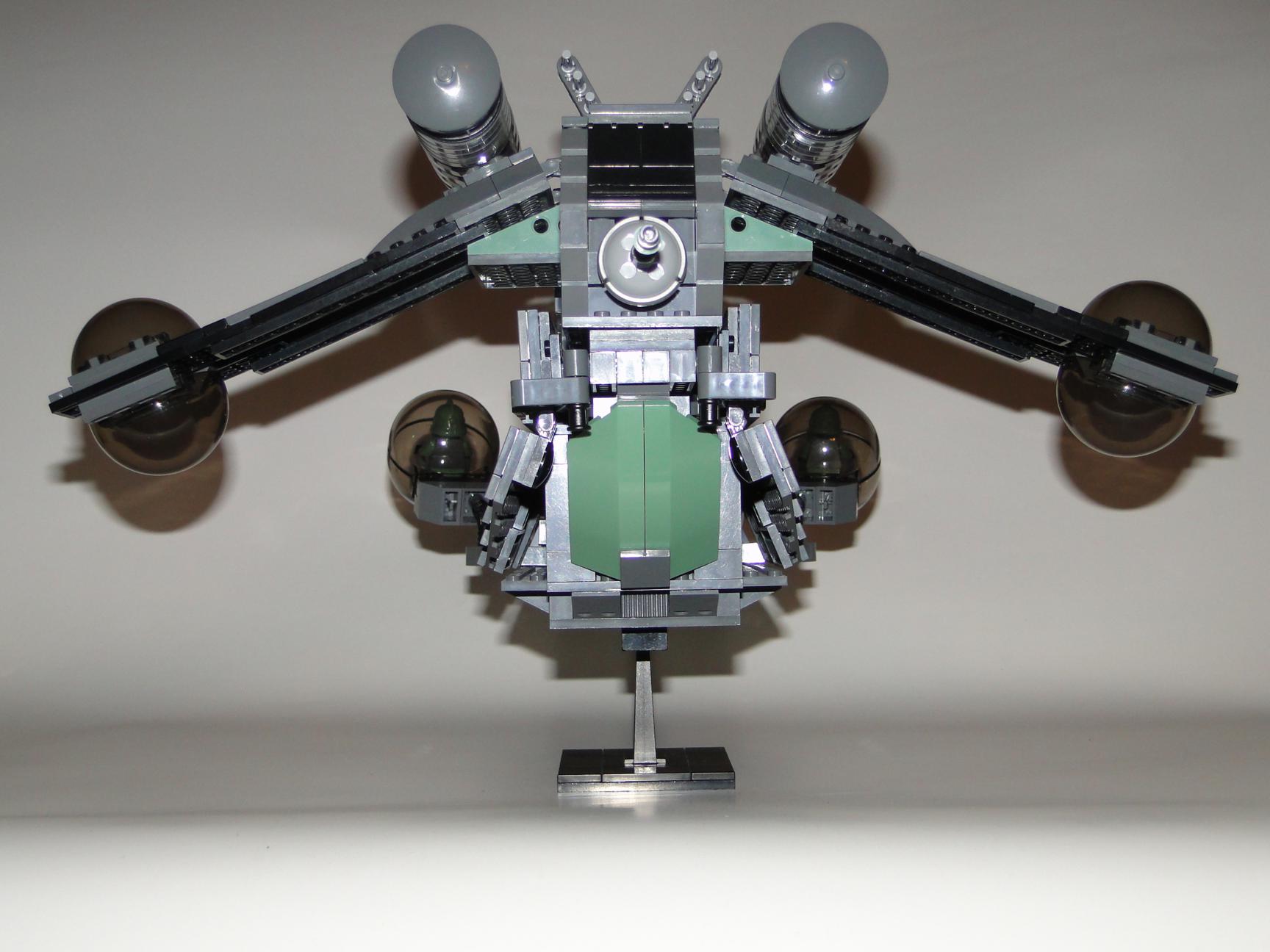 Weapons:
The gunship's many weapon systems were designed for both air-to-air combat and air-to-ground support. For long range or slow/fixed targets the LAAT used 2 mass-driver missile launchers (atop the craft) which held a variable payload depending on the mission. 4 light air-to-air missiles hung below each wing (8 in total) for any in-flight targets. 4 composite-beam pinpoint laser turrets - 2 of which were manned by clone troopers and the other two remote controlled by the co-pilot/gunner (on each wing) had a wide field of rotation and could serve in both air-to-air and air-to-ground operations. 3 anti-personnel turrets (2 at the front, one at the rear of the craft) supported further ground operations by ensuring a clear path for the deployment of troops or vehicles.

Performance:
The gunship was proven excellent in its performance; so maneuverable, in fact, that only the most mobile of enemy craft could keep one in its sights. Even experienced pilots found it impossible to avoid its numerous weapons. These Clone transports were effectively used on the first battle of Geonosis when the Jedi found a droid manufacturing plant on the planet. They could carry 30 clone troopers to and from battle. The LAAT had been used on many planets and was very effective at getting troops into battle. 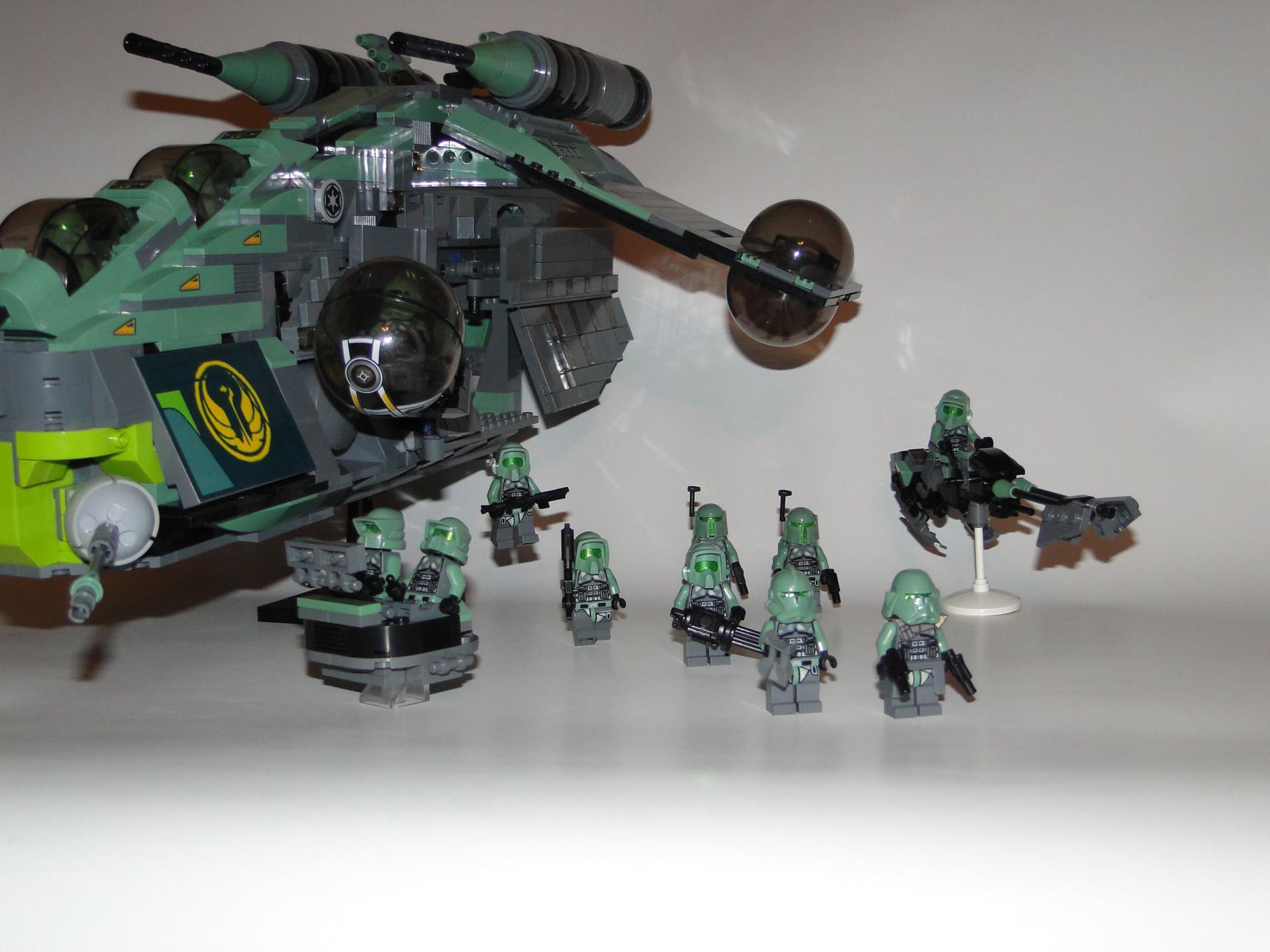