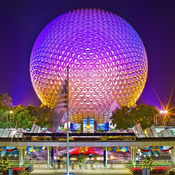 By DisneyDude7
25 comments
Hey you guuuuyyyys!
Goonies is probably one of my favorite movies, so I knew I had to build a set for it. I was going to build the pirate ship, but I saw it had already recieved 10,000 supporters, so I moved to my next favorite location. The Fratelli's Restaurant is probably one of my favorite sets in the film. There were so many details from those couple scenes that I wanted to put in the build. I ended up getting around 6 little references to different moments in the film.
The Restaurant is very decayed in the film, and my original thought was to use grey. However, the grey looked too much like stone, so I used a dark brown, and mixed some dark oranges to look like two different stages of wood. The tower in the back is half-destroyed in the film, so I had to make it look like support beams. There are broken stairs on the staircase leading to the porch on the front and side of the house. There is a reference on the front porch to the cooler scene when Chunk goes for a soda and finds the cooler empty, slamming the lid down out of anger.
In the basement, the most notable references are the blender, the fake-money printer, and the ice-cream freezer. There is also a trap door under the fireplace for the minifigures to follow. There is also a tv in Sloth's room with chains to hold him. In the tower, there is a spiral staircase leading up to the main floor.
On the main floor, there is a water cooler, tables and a sink. The reference here is the pizza on the table. A staircase leads to the attic.
In the attic there is a shelf of different drinks and foods, and a skeleton in the corner. No references here, as we never saw the attic of the restaurant.
The minifigures, from left to right, are:
Chunk
Francis Fratelli
Jake Fratelli
Mama Fratelli
FBI Agent 1
FBI Agent 2
And finally, Sloth!
I hope you enjoy this set as much as me!
Together, we can make this a reality! Let's get 10,000!