By Furno
2 comments
This is a space mini-series of my own creation. It is called Alien's Unleashed! The sets in the series are all mini sets that can be put together to make the whole Space Laboratory!

Storyline: After the aliens were defeated on mars, chased off of Earth, and captured by the Space Police, they are taken to a huge lab on a meteor in the cold of space. Here, the evil aliens are kept from commiting more crimes and invasions on humans. But even in this secure prison/lab, their alien allies from outside the lab may still be able to cause trouble...

The set in the main picture: This set I called the Cafeteria break out! (Lego will probably change the name since it's really lame I hope they do XD ). The set contains a few cafeteria tables for the prisoner aliens to eat at. The wall behind them explodes open for their alien ally to break in and free the prisoner aliens! 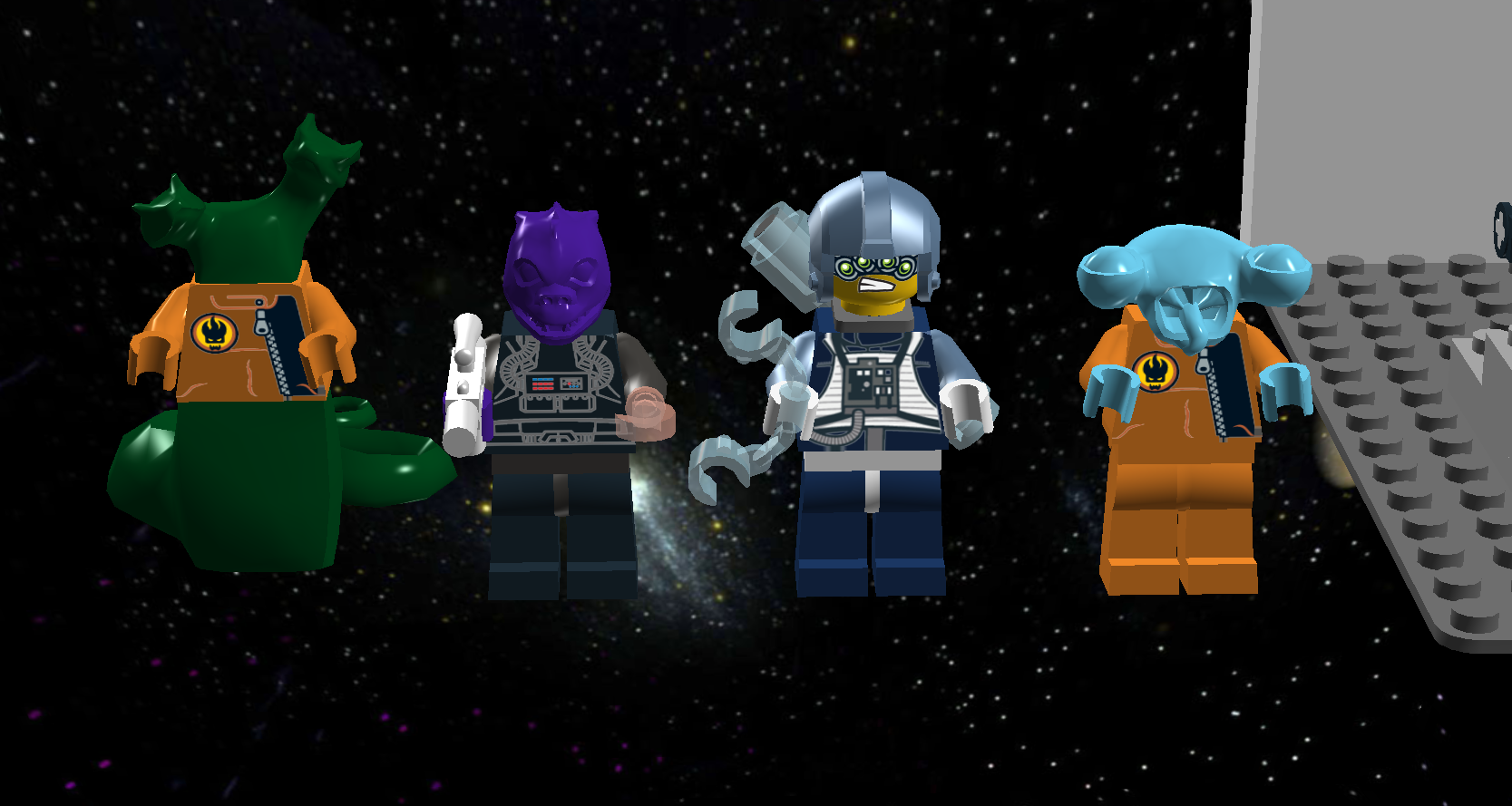 These are the minifigures included in the set (from left):
1. Kobra: sinister snake-like alien prisoner.
2. Kalz: Purple Lizard-like alien with a hook hand about to release prisoners from the lab!
3. Prison gaurd: Fully armored and equipped with a high-tech staff and high-tech handcuffs, the gaurd is prepared to defend his allies and keep the evil aliens in line!
4. Arckriz: Squid-like alien prisoner. 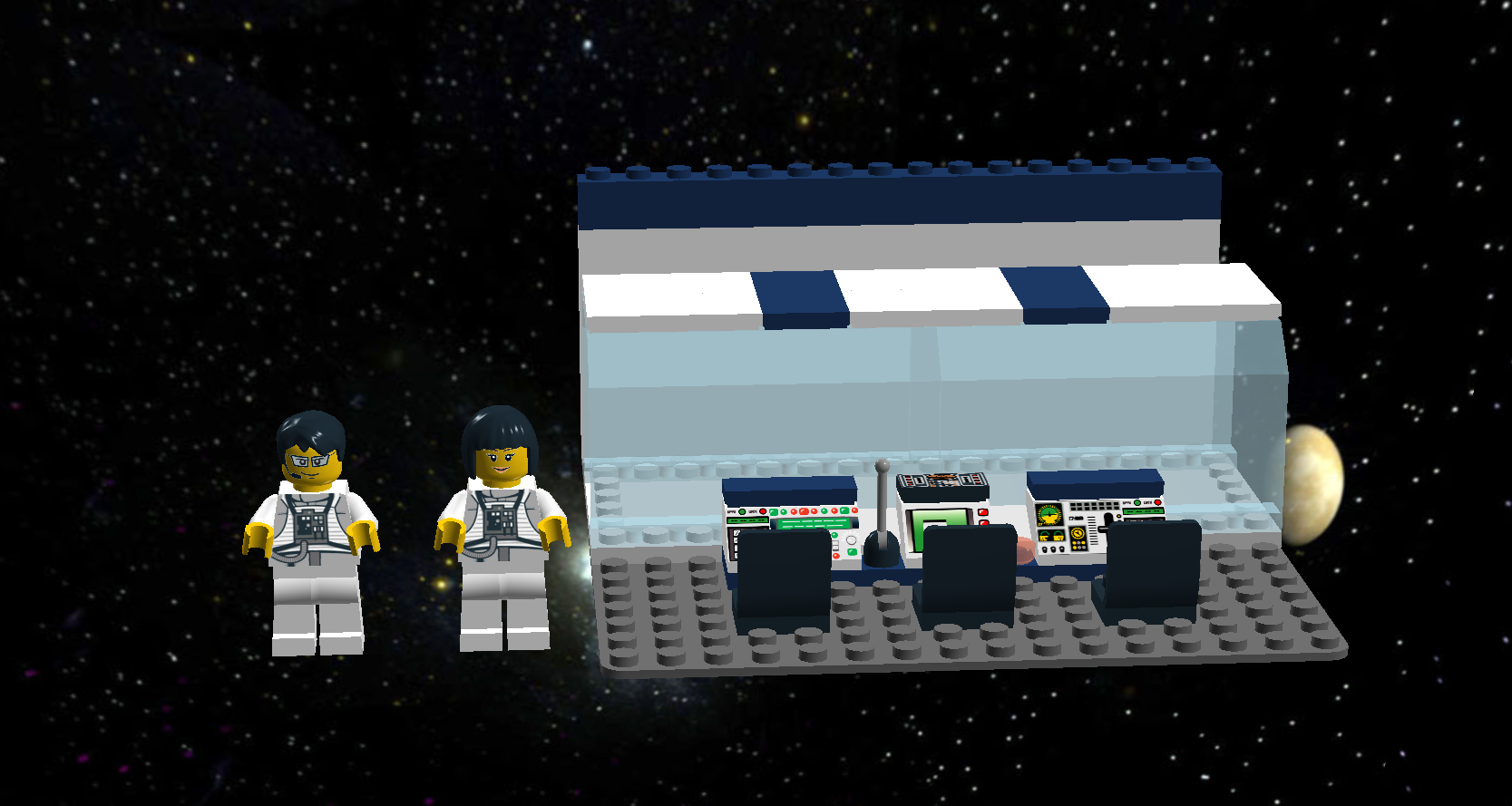 Here is another set for the line, this set is a little bland so I plan to edit it soon so it has some action features and playability. Basically it is a research tube and computer to run the tube. The tube runs on in about 1-2 other sets. The set's minifigures are 2 scientists.

Again I apologize that this piece is plain but I put it so you all can give me some suggestions to make it better! 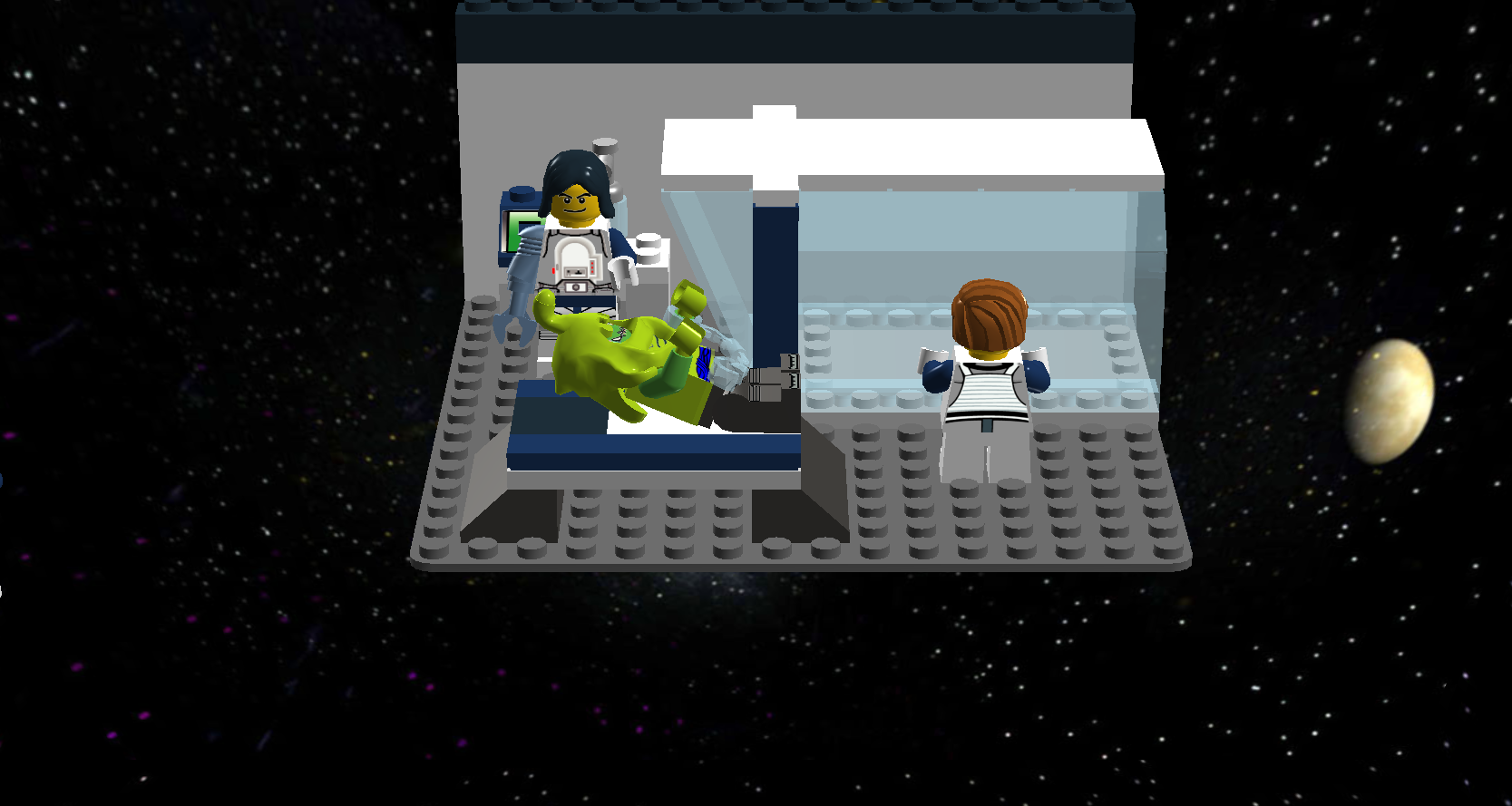 This set is my personal favorite of the ones i've made so far, though again it lacks in an action feature i'll add one as soon as I think of one :D . The set is a lab and a questioning table for an evil alien who was just captured! now the two scientists can get the answer out of him and find out why he commited the crime! The set includes the final piece to the tube, a questioning table, a computer, and 3 minifigures. 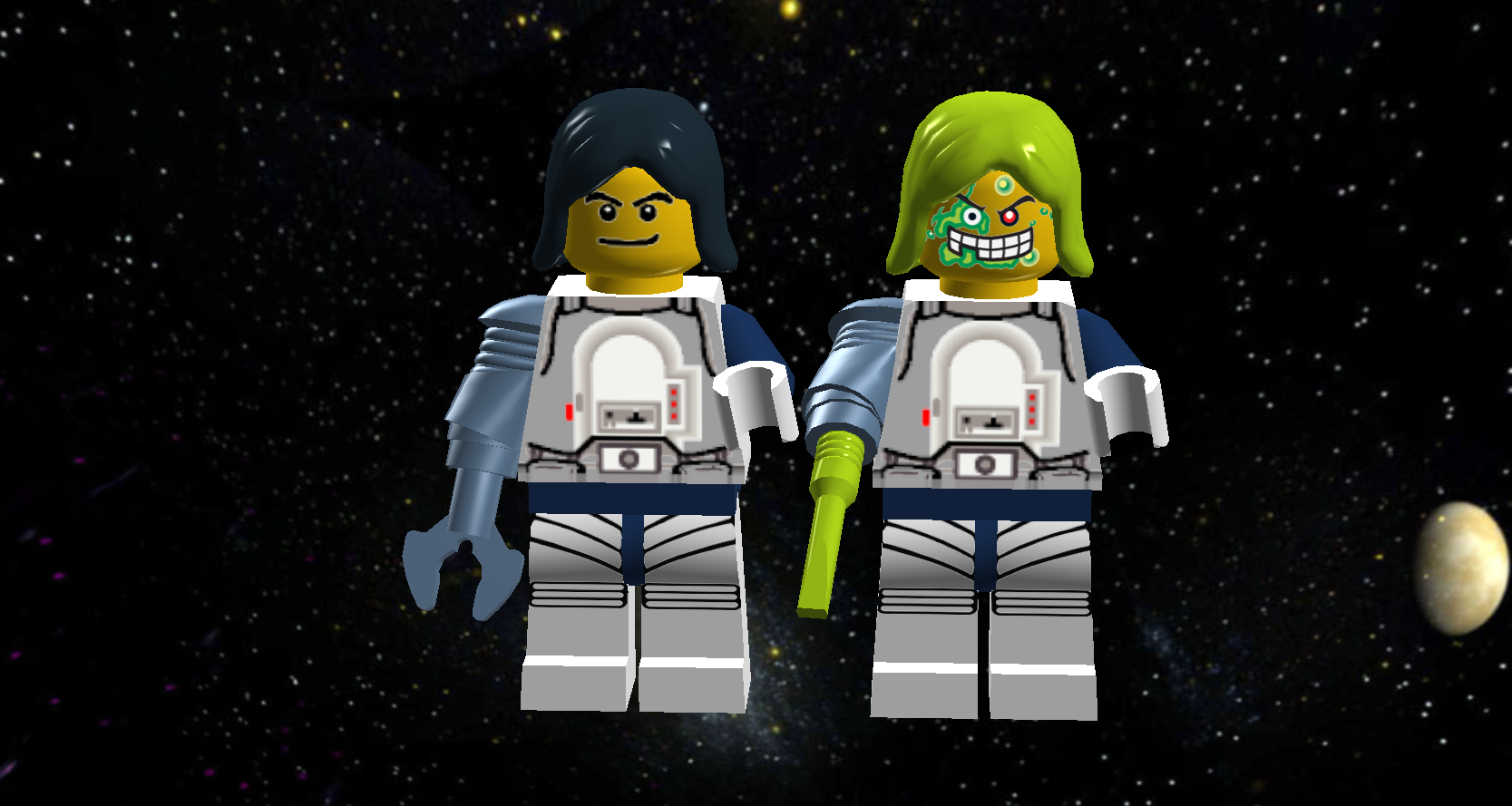 So the minifigures included are an alien bad guy, a scientist with a robotic arm, and another scientist. Unfortunately, the alien they captured spilled a potion on the scientist and made him evil! The scientist comes with 2 hair pieces, and a different arm for his robot arm. Also his face alternates from his happy normal form to his evil mutant form!