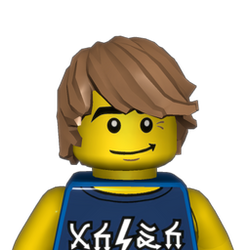 This is version to of Brick Bot. Brick Bot is a LEGO model , that can transform from a standard LEGO brick to a moveable robot. I started building this robot after I got the “Ant Man” LEGO set, Where I saw the large buildable LEGO bricks in the set. I wanted to build a vast 2x4 LEGO brick. When that wasn’t challenging enough, I decided to build a Brick Bot after watching the latest transform movie at the time. After a lot of mistakes and difficulties, I finally after 3 years completed a design that worked and felt right.