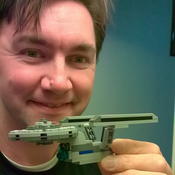 The design for this LEGO set is inspired by both the New Zealand Moa and ArenaNet’s Guild Wars Moa. Throughout the development of this LEGO set, when I talked about the design with other people, I usually get that confused look that says, “What is a Moa Bird?” Before we go into detail about the LEGO set design, step into my time machine as we travel back into the past to answer that very question.

Moa birds once thrived across the New Zealand islands for thousands of years. As the dominant herbivores of the North and South Islands, Moa were flightless birds with some of the larger species towering as high as 12 feet (3.6 meters) tall and weighing as much as 510lbs (230kg).

The New Zealand Moa was a primary source of food for one formidable predator, Haast’s Eagle. In addition to being prey to the largest known species of eagle, the Moa’s habitat and population gradually diminished with the arrival of human settlements. By A.D. 1400, hunters forced the Moa into extinction, and without a sustainable food source, Haast’s Eagle followed soon thereafter.

ArenaNet Inc. launches the first in a series of new online role-playing games called Guild Wars that feature three different Moa birds that players could use as animal companions. The first Guild Wars introduces the Moa Bird with green eyes, red feathers, wings (yet still flightless) and four toes (instead of the normal three). Using the same model design, the second campaign in the series, Guild Wars: Factions (released April 28th, 2006), ArenaNet creates the elusive and deadly Black Moa Bird. The design for the Black Moa includes red eyes and spiked collars on the neck and ankles. The first and only expansion of the game series, Guild Wars: Eye of the North (released August 31st, 2007), took players on adventures into the cold, northern regions of the Far Shiverpeaks. During these adventures, one was likely to come across the White Moa Bird with blue eyes and frosty white and golden feathers. And lastly, in December 2009, during the 5th annual celebration known as Wintersday, the ArenaNet developers gifted players (after completing specific quests) with a White Jingle Moa Bird decorated with a jingle bell collar around the base of its neck. 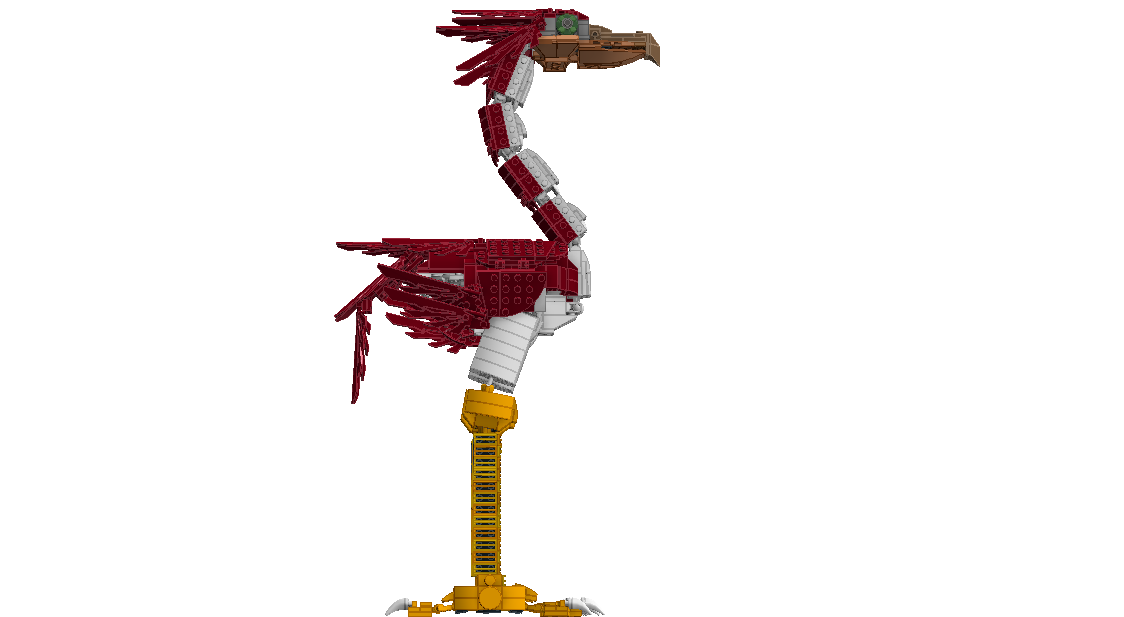 The LEGO Moa Bird set is designed with playability and customization options in mind. To simulate the movements of a living moa bird, ball joints are used for the skeletal structure of the head and neck, and the beak also opens and closes. Hips, legs, and knees bend and the toes are also flexible. Wings raise and lower. This articulate design allows for the model to stand in many different poses as seen in the Guild Wars game.

The Red Moa Bird as a standalone model consists of 798 individual LEGO elements. The set I have proposed here would include additional LEGO pieces so that builders can build, rebuild and customize their Moa bird model with three different colored skins, three different colors of eyes, two different beaks and two buildable collar accessories. 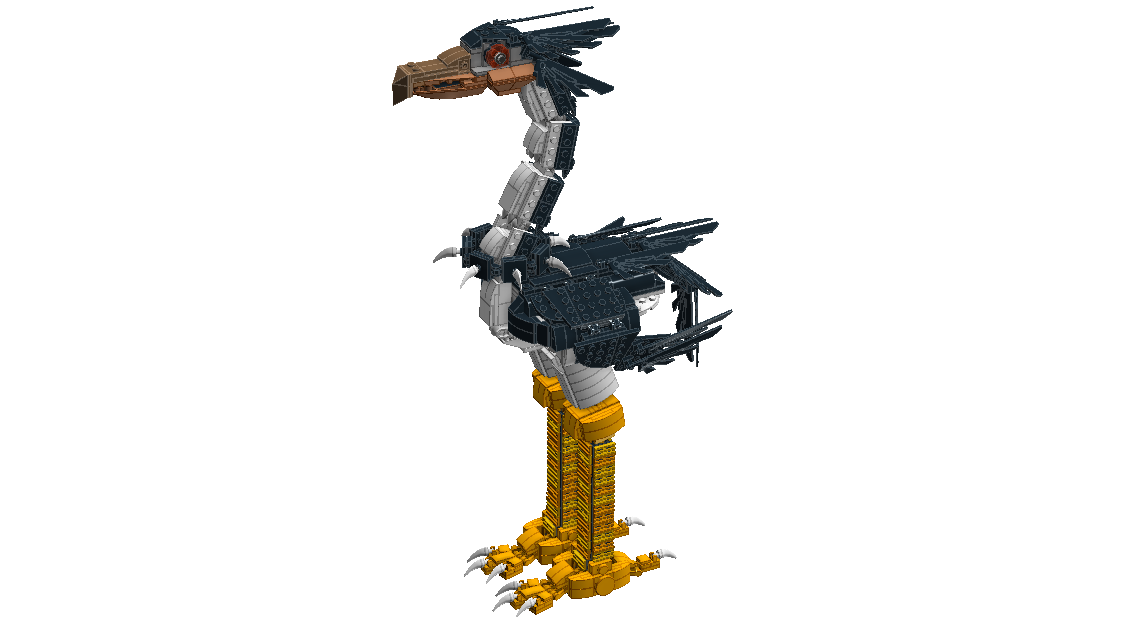 The piece count for each skin of the Moa Bird model is 225. The pieces for the Red Moa would use New Dark Red colors. LEGO elements for the Black and White Moas would use their respective colors, but would also include extra pieces for the eye colors (2pcs each) and collar accessories (28pcs each). The White Moa pieces would include Light Yellow pieces for feathers and the extra beak (11pcs).

Overall, the total number of LEGO elements in this set would be 1319 pieces.
From head to foot, The Moa Bird model stands 45 bricks tall (approx. 17 inches high), representing the towering height of the real Moas. 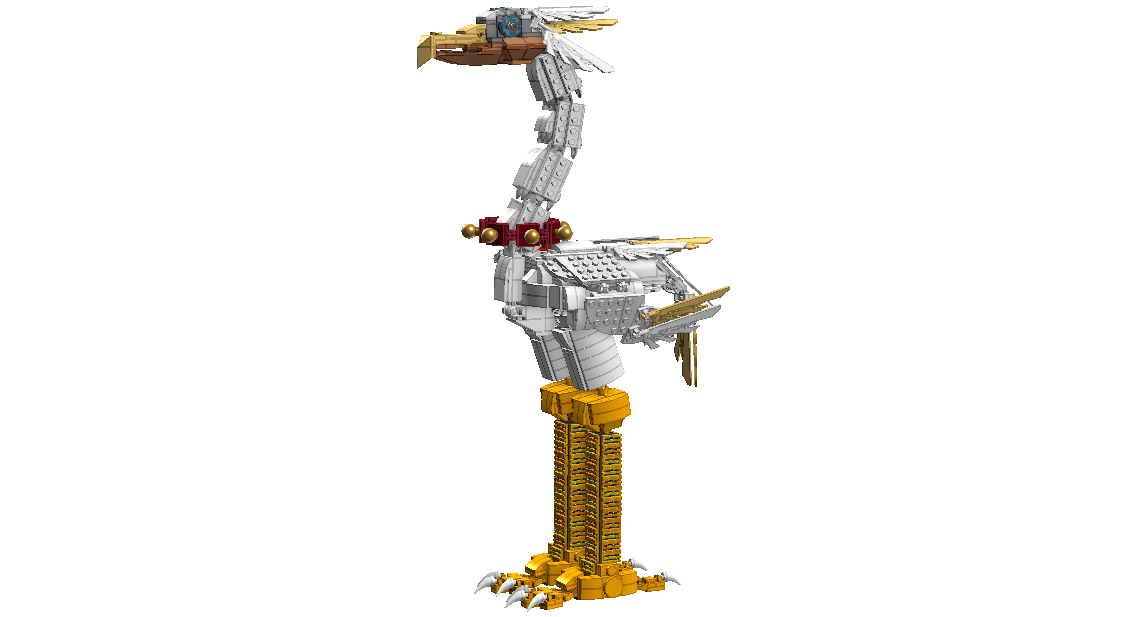 A Timeless Gift for The Ages

It is my hope and wish to see this design turned into a LEGO set for so many reasons. A homage to the Moa bird, a reminder to humankind to be kind and respect the wildlife of our earth. For New Zealand. A chance to step into the past and walk in the Moa’s footprints. For Guild Wars fans, here is an animal companion that you can play with in real life vs. in the game. For LEGO builders, parents, and kids all over the world. Here is a challenge to build something unique, fun, and educational.

The Moa Bird may not be alive in flesh and blood, or feathers for that matter, but the species continues to live on in our minds and our imaginations. #The Moa Bird Lives. 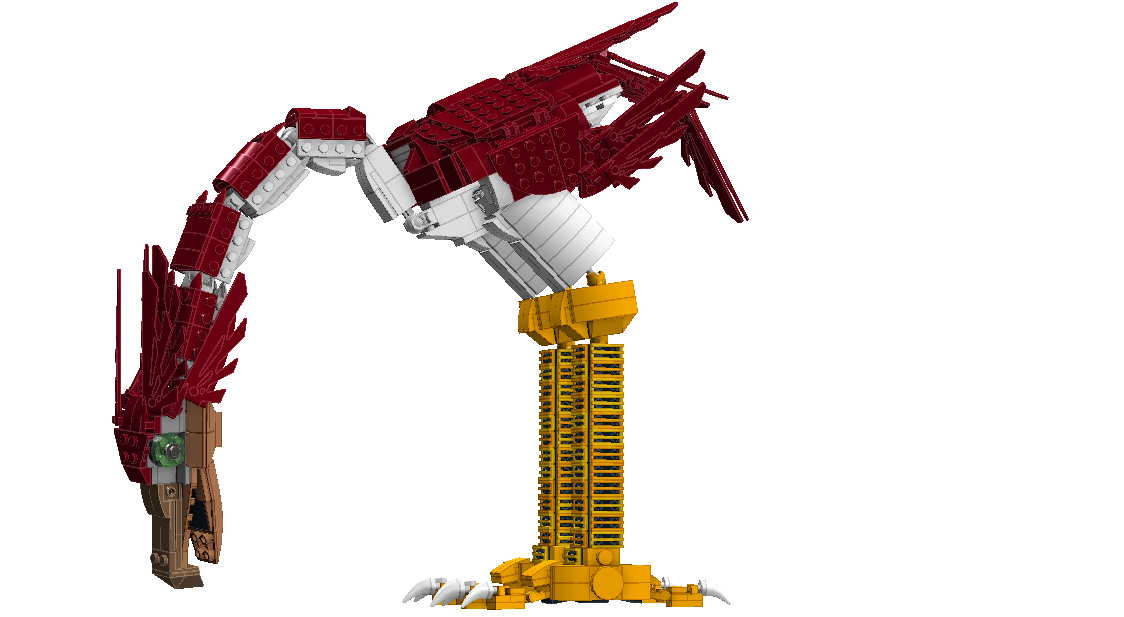 If produced, I would like to offer my thanks and dedicate this LEGO set to the following people:

To all the supporters who helped push this project forward for review.

From Guild Wars, I would like to thank all the players who followed my lead in several guild communities; The Marksmen, The Celestial Arrows of The Phoenix, The Evenfeather Family, The Ranger’s Table, and all of my friends from The Descendants of Honor. Of the players from these guilds, I would personally like to give thanks to Travis K., Holly T., Katherine M., Trina J., Connor B., Marc C., Shinji, Robert L., Sarah H. and so many more. Thank you all for the wonderful friendships and amazing adventures that we have shared over the years.

To the entire development team at ArenaNet, thank you for giving us the world of Tyria to play in with great stories, and inspiring diverse player communities from all across the world. Go Rangers!

To Matthew T. for his generous heart and allowing me to use his laptop. I would not have been able to build this model without it.

To my sister, Angela for all of her love and support. A gift from me to you, my nephew Donovan and niece Elizabeth.

Lastly and most importantly, I would like to dedicate this LEGO set to my mother.
Thank you for giving me LEGO sets as a child. If there is any wish I could make come true, it would be that you could be here to see my creation and be proud of your son. I love and miss you so much mom. This is for you.

Additional Photos can be found at http://s222.photobucket.com/user/MindImagination/library/Guild%20Wars-Moa%2...