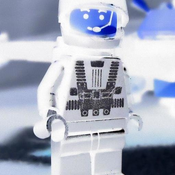 The fuselage was based on the ubiquitous "ball cockpit" of the TIE Series of Imperial starfighters, with a Sienar ion drive pod mounted on the rear, but stemming from the junction of cockpit and drive pod were two pairs of curving wings which thrust out like an X-wing's strike-foils, and then extended forward in a claw-like grip around the cockpit. At the tip of each wing was a Sienar L-s7.2 laser cannon.

With modest deflector shields and thicker hull armor, Clawcraft were slower at sublight speeds than their TIE/LN starfighter progenitors, although the ion engines allowed the ship to achieve an atmospheric speed of 1,000 kilometers per hour, and a respectable sublight acceleration of almost forty thousand meters per second squared.

Clawcraft made up for their lower sublight speed by greater maneuverability. Each curved wing could make minor position adjustments and was paired with a mounted control jet to allow a Clawcraft's pilot to throw the ship into sharp turns and complex maneuvers.

A unique hyperspace beacon system allowed a Clawcraft to make lightspeed jumps without an on-board navigation computer, enabling it to function as a long-range craft while significantly reducing the weight, size and complexity of non-combat equipment carried.

But the starfighter's dependence on navigational data transmitted from a nexus of anchor points also restricted the area in which most Clawcraft could operate. For long-range deployment, ships of this class typically had to travel with specialist beacon ships, until about 28 ABY, when new variants began to enter service that featured on-board navicomps for the first time, as well as warhead launchers.