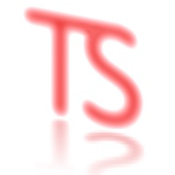 This LEGO train is a tribute to more than 50 Years of LEGO trains. To all the happy children they had play with.

I had plan this project in december 2016 and started to collect LEGO train moc pictures in the World Wide Web to get some inspirations how to build a perfect steam locomotive with LEGO bricks.

My target was to create a realistic train in his proportions and with all his details. Moreover the train have to handle corners, switches and flex-tracks! As well, equipped with XL motor, battery box, IR sensor and LED lights in the front and rear.

I chosed to build the BR 64 locomotive, one of the most popular tains in Germany and Europe, which was appointed on secondary lines in the 30s of the 20th-century.

To reach my target, I had to solve a lot of problems. The biggest solution was the mechanical system of the 3 train wheels with flangers on one side, because I don't like the train wheel with blind driver. The other big solution was the 2in1 moving mechanical system in the front and rear buffers. This reduce the protrude of the buffers in corners and looks much better. Finally there are all the little things to realise the details. A LEGO cannon do not only shoots good, it's also usable to create a funnel.

The locomotion has a easily removeable roof and a detachable panel for a quick battery box replacement.

If you like this steam locomotive, don't forget to support.