The Sith fighter was a starfighter that formed the bulk of Darth Revan and Darth Malak's space forces during the Jedi Civil War, as portrayed in the videogame STAR WARS - Knights of the Old Republic (KOTOR), nearly 4000 years before Darth Vader's rising to power.

Revan (soon to be included in this set has a minifig) is the main protagonist of Knights of the Old Republic. As the Dark Lord of the Sith and Master of Darth Malak, Revan was led into a trap where a Jedi strike team, led by Bastila Shan, infiltrated his flagship and unknowingly helped by Revan's own apprentice, captured him. Revan was badly wounded and his mind was nearly destroyed from the battle so the Jedi Council, in a bold move, programmed him with a new identity, one that is loyal to the Galactic Republic. Enlisted as a Republic soldier, Revan is caught up in events that lead him to rejoin the Jedi Order as a Padawan and travel the galaxy in search of enigmatic Star Maps in an attempt to foil the efforts of the Sith Empire of the Star Forge. During his journey he is accompanied by various beings who are all determined to help him in his quest, especially Bastila Shan, with whom he developed a Force bond. Along the way, Revan is continuously confronted with situations that test his loyalty to the Jedi Order and the light side of the Force. Inevitably, the amnesiac Revan's memories begin to surface and he unearths his past, hidden from him by the combined efforts of the Jedi Order's lead Masters. The quest reaches a climax atop the Temple of the Ancients on the planet of Lehon, where Revan ultimately rejects the Dark side of the Force and travels to the Star Forge, a large space factory that the Sith Empire is using to construct a conquest fleet, and confronts his former apprentice, Malak. Revan and his companions prove to be victorious and Revan is proclaimed the Prodigal Knight by the Jedi. For his efforts in destroying the Star Forge he is awarded the Republic's highest honor, the Cross of Glory. 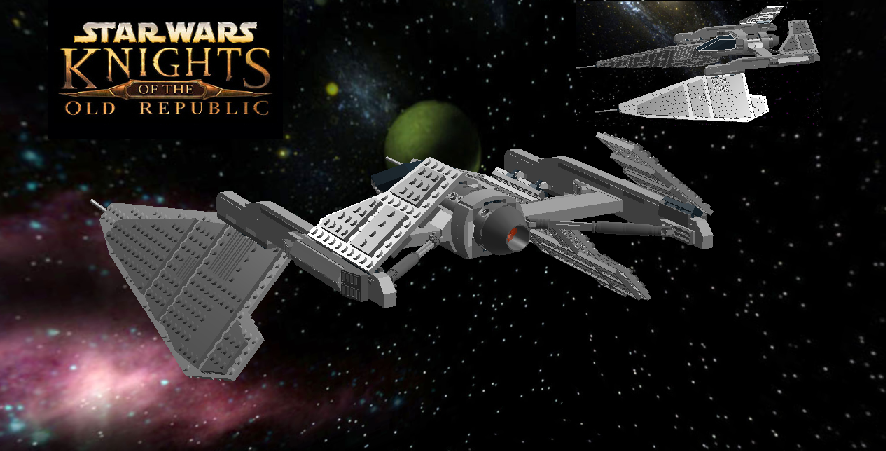 (above, two different perspetives of the Sith Fighter)

The design and manufacture of the Sith fighter was a hybrid of various technologies—untraceable to any products originating from known worlds—unique to the Rakatan space-based shipyard,the Star Forge.A single-seater fighter, with a cargo capacity of forty kilograms and provisions for one day,the craft had not been designed with the comfort or safety of the pilot in mind. Mass-produced to be small, lightweight, and agile, the integrity of the fighter's hull was minimal, as were the life support systems. The pilot did not need to wear a full spacesuit; however, many chose to do so since there was a significant chance that the pilot would need to eject from a damaged craft.

The fighter was powered by a prototype twin ion drive system of Rakatan origin—seen only in this design—that allowed it to reach speeds of 1,250 km/h.The power generated by the dual engines and thrusters afforded the fighter maneuverability nearly to the point of instability, therefore requiring that much of the central chassis was given to managing the reactor core for optimal performance. Sith fighters with wings folded

The Sith fighter's design consisted of a short, stubby carriage that housed the cockpit and subsystems. A feature exclusive to this design was the fighter's ability to to fold its wings and power down its weapon systems when docked or traversing long distances in order to conserve energy. Engaging in combat, the wings unfolded—giving the craft a maximum length of 7 meters—and the laser cannons, one at each outward edge, were brought to bear. This allowed the fighter a broad attack arc, while its small forward and rear profiles made it difficult to target. 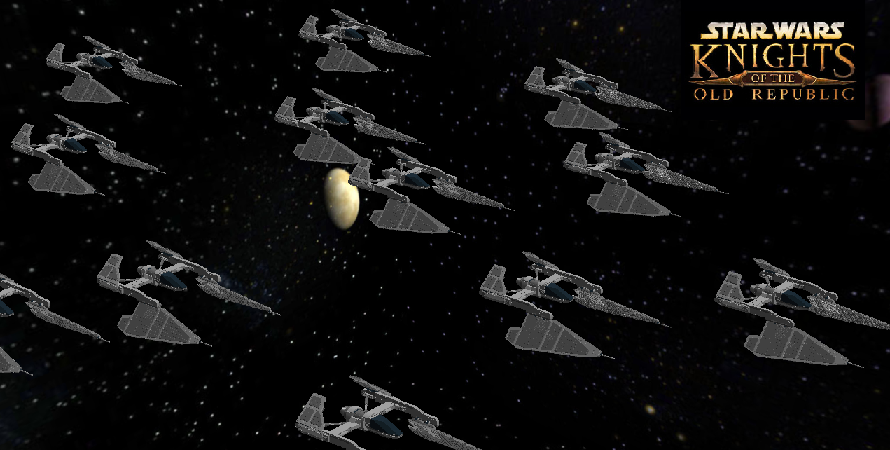 (above, an attacking swarm of Sith Fighters) 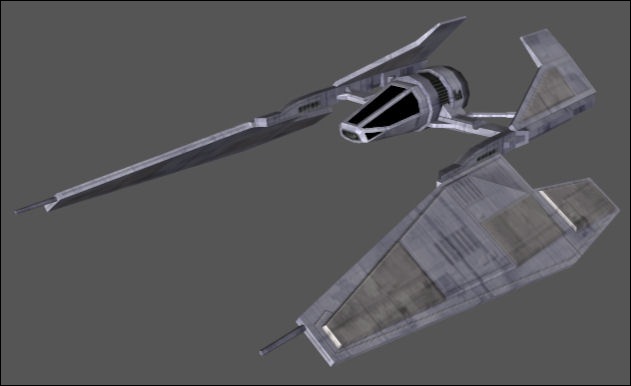 so here's the original in order to compare with my LEGO creation.

In my LEGO concept I tried to replicate as many aspects as possible provided there would be construction stability. As you can see, the joint parts that connect the wings to the main body are quite thin so I had to reinforce the connections. 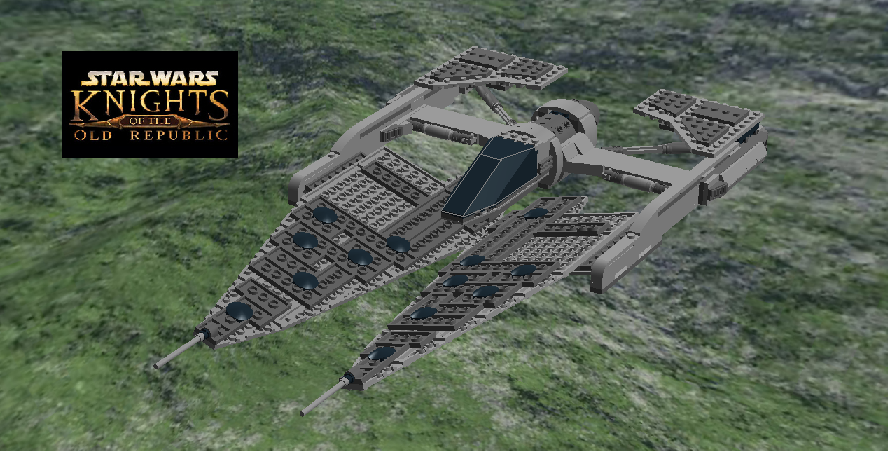 (above, the picture demonstrates how the back and frontal wings fold when in landing position)