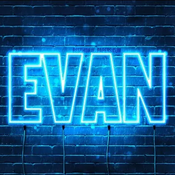 By Evboi
22 comments
This is a Xbox controller with cool color buttons and a black control. You can put it up for a cool design or even pretend play with it. I built this because I have made Xbox LEGO before and I like to play video games and just making things out of LEGO is what I like to do! There is one that is a black LEGO Xbox controller so I am making a white one out of my millions of LEGO at home! This would make a cool set because of its nice design and a cool set up to place around if you like to play Xbox or any other games. It contains a stand with colors to show that it is on and it holds the controller and you can move the stand to have the controller straight up or sideways or whatever you would like. Also check out my Mini Xbox and controllers and plz support if you like that too!