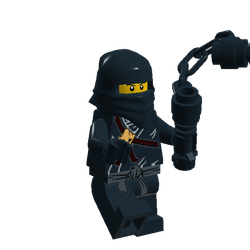 Have you ever wanted to play chess but in LEGO? This set is the epic yet classic strategy game but with mini-figures instead of plane, blank pieces. In both teams, the characters have different faces from the opposite side. Although, pawns have the same face as the enemy.

I built it because I thought it would be fun to play the game that I love playing but with a twist to it.

I think it would make a good LEGO set because many people love playing chess and now you can build it before you play it.