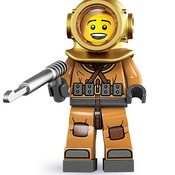 From land to the sea!

The popular sheikh became less popular because he didn't renewed his taxi service. He watched the sky and saw a plane. He said to himself: "Why do I not have a flying dinosaur?"

He went to his researchers to ask if it was able to create a gigantic Pterodactyl. They said it would be tricky but possible. So after they created the, you could say, monster Dinosaur, the next problem started soon. How can the customers ride it? After millions of designs and renewed materials, the final design is the one you will ride now.

So here is the result: A gigantic Pterodactyl with her little babies to take some tourists with their luggage.