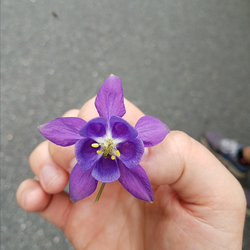 femraver
37
"On Christmas Eve, Harry went to bed looking forward to the next day for the food and the fun but not expecting any presents at all. When he woke early in the morning, however, the first thing he saw was a small pile of packages at the foot of his bed.
"Merry Christmas" Said ron sleepily as Harry scrambled out of bed and pulled on his bathrobe"
"You, too," said Harry "Will you look as this? I've got some presents!"
"What did you expect turnips?" Said Ron, turning to his own pile, which was a lot bigger then Harry's. ""
~J.K. Rowling, Harry Potter And The Sorceres's Stone. Pg. 200.
This scene always touched me as simple as it is. Harry had never expected much from anyone. Brought up by the Dursley's he was used to being forgotten on his birthday and Holidays living in Dudley's shadow. Till he came to Hogwarts and made real friends, who would become family. This scene always reminded me Christmas was about the thought of a gift not the price just like Mrs Weasley's sweaters.
37