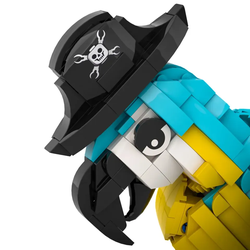 10K Club Member
Disneybrick55
24
Walk to hogsmeade during winter with this moc. Inspired by the third movie of Harry Potter, my goal was to recreate the scene when Harry and Ron and Hermione walk to hogsmeade. So I built hogsmeade house and shops but I add a special effect to give the impression of depth (forced perspective). so first buildings are at the scale of minifigures and then buildings becoming smaller. To reinforce this illusion of depth I added different elements like micro figure and street lights.
24