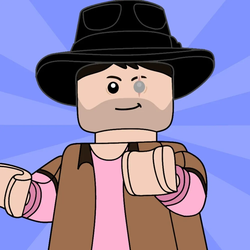 hautti5
0
The Stegolophonyx is hybrid consisting of three main DNA components: baryonyx, dilophosaurus and stegosaurus. The dilophosaur DNA seems to have given the animal the ability to spit acid like the dilophosaurus. However, no personnel have seen this in action. The stegosaur back plates seem to have been sized down significantly. At the current time the reason for this is unknown. Shark DNA has also been used to fill in the gaps, giving the animal two rows of teeth and a great ability to swim.
The animal was discovered in a small lake in the North-West region of Isla Nublar. However, Ingen or any other Jurassic World related company has no data on the animal which suggests it was not created to be exhibited at the park. The use for the animal is unknown.
Its main diet consist of fish and meat, but it has also been observed to eat fruit such as oranges. the Animal seems to be highly intelligent and aggressive and no personnel may enter its exhibit at anytime.
Assessment: Very Dangerous
0