The Defender of Animals 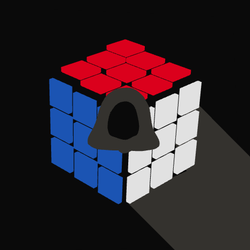 RuBricksCube
311
In the African Serengeti, a lone elephant is grazing peacefully. What the elephant does not see however, is a nearby trap laid by a poacher to catch him! As the elephant moves closer to the trap, the poacher waits eagerly. Suddenly, the Land Rover Defender swoops in! Because of its great off-road capability, all wheel drive, and large gas tank, the Defender was able to get to the elephant before it was too late. The Defender's crew (consisting of a vet and wildlife ranger) jump out quickly to disable the trap and arrest the poacher. Thanks to the Land Rover Defender, the elephant is safe and the poacher will be brought to justice. At least the poacher saw such an awesome vehicle!
I built this build because I love animals, and I don't like to see them get hurt. Also, I really like the overall looks, specs, and versatility of the Land Rover Defender, and I just had to make a build to show off this superb vehicle.
Build/Render time: Just over 110 hours.
Rendered in Blender.
2872 Pieces.
311