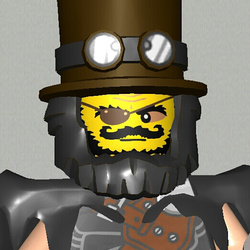 DeadGangster18
0
Due to nuclear warfare half of humanity was lost, the surviving heroes had to scavenge there way through live, this particular version of reaper is as always not afraid of a fight, this is eminent by the scars and battle damage on his body armour. Extension of reapers claws was needed as he lost his guns however is now stronger than before. Finally his cloak has been badly worn throughout time and instead of his hood a helmet made of spare tires strong enough to protect his head especially doubled with his titanium mask.
0